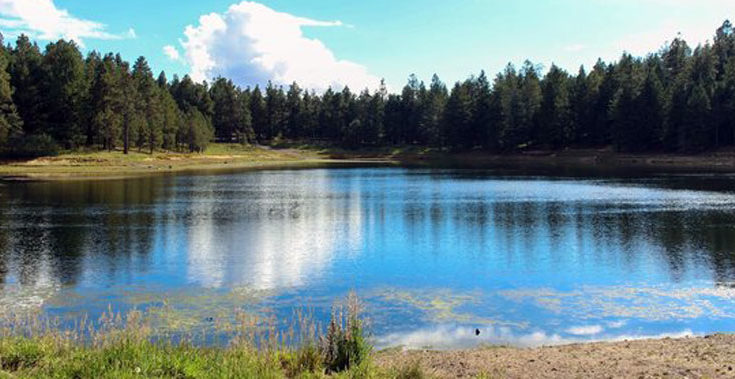 MOUNT GRAHAM – Riggs Lake is back open just in time for the weekend after a nuisance bear was euthanized by the Arizona Game & Fish Department.

The lake and surrounding campground had been closed since Aug. 9 after several campers informed that the bear had been becoming “aggressive” to campers.

According to AZGFD Public Information Officer Mark Hart, the bear was considered too big of a threat to attempt to relocate and is now being tested for rabies out of an abundance of caution and due to a bobcat that was believed to have rabies.

The bobcat attacked a 4-year-old girl and her family July 28 while they were camping at the Shannon Campground. The girl and all those at the campsite reportedly had to be treated for rabies. The incident forced the closure of Shannon and Snow Flat campgrounds.

The AZGFD attempted to capture the bobcat with traps and calls, but the animal was never found and was presumed dead. The search for the bobcat was called off Aug. 8, the day before Riggs Lake was closed for the bear attack.

Now, all the previously closed campgrounds and Riggs Lake are back open for use.