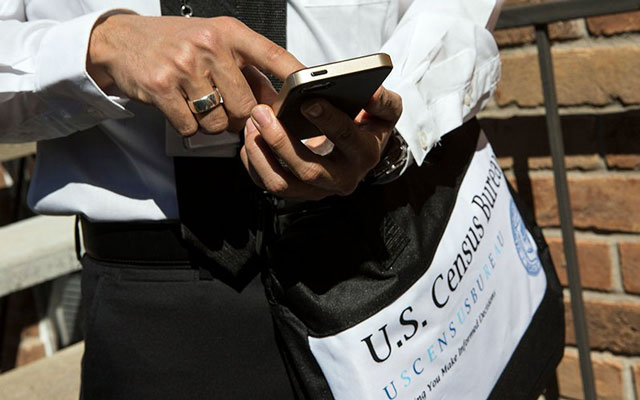 Photo By Scott Dalton/U.S. Census Bureau: The 2020 Census may have undercounted Arizona’s population by about 48,000 people, according to one estimate, part of a national undercount of 0.5%. But even if that estimate turns out to be true, it’s better than some feared given the historic challenges the bureau faced last year with a pandemic and last-minute legal fights.

WASHINGTON D.C. – The 2020 Census may have missed more than 1.6 million Americans, about 48,000 of them in Arizona, with the undercount disproportionately falling on minority groups, according to a recent report.

The November report by the Urban Institute said that no census is ever perfectly accurate and that the 0.5% undercount it estimated for 2020 was better than some feared, given the difficulty of conducting a census during a pandemic and legal challenges that went all the way to the Supreme Court.

But any undercount matters, advocates say, since census results are used to determine everything from congressional representation to federal funding for health care, schools, and more.

“It just fuels this never-ending vicious cycle of people uncounted, specifically those lower-income, people of color. They will get less resources,” said Jose Patiño, director of education and external affairs at Aliento, a pro-immigration nonprofit based in Arizona.

“They have to live with the past 10 years of the census, and now another 10 years of it. It just fuels this inequality for sure,” Patiño said.

The Census Bureau did not respond specifically to the Urban Institute report, pointing instead to its own, ongoing post-enumeration of the 2020 Census. The first results of that survey are not expected until early 2022, but the bureau said on its website that so far, “overall, we found that the 2020 Census redistricting data are comparable to the population benchmarks we’ve examined.”

The Urban Institute estimates that 0.67% of Arizona’s actual population in 2020 may have been missed by the census, about the middle of the pack for states, which ranged from an overcount of 0.7% in Minnesota to undercounts of 1.28% in Texas and 1.3% in Mississippi. The District of Columbia suffered the most severe estimated undercount, of 2.05%.

Despite the undercount, one of the report’s authors defended the Census Bureau, saying its job is only getting harder.

“There are various techniques that the Census Bureau has been using to try to get as complete a count as possible,” said Diana Elliott, principal research associate at the Urban Institute and one of the report’s co-authors. “That is always the goal of the census, to count everybody who is living in the U.S. as of April 1, 2020, and to count them where they live. It’s very challenging, with every decade it gets more and more challenging.”

It was particularly challenging in 2020, which brought the COVID-19 pandemic and a heated political climate. Elliott pointed to the Trump administration’s unsuccessful efforts to add a citizenship question to the 2020 Census, which sparked fears that Latino participation would be drastically affected.

“Never before in the history of the census had the census been so politicized by a president and its administration,” she said. “I think what really worried a lot of people was that noncitizens or households with mixed-status would not be as willing to participate in the census.”

Patiño said there was “no real reason” for a citizenship question “other than to decrease the representation of immigrant and Latino communities.”

Whatever the reason, the Urban Institute report estimates that whites were overcounted by 0.39% nationwide in 2020, while Blacks were undercounted by 2.45%, Latinos by 2.17%, and Pacific Islanders by 1.52%. The undercount for both Asian and Indigenous groups was less than 1%.

Both Elliott and Patiño said the problem tends to perpetuate itself.

“Here’s an example: Along the Rio Grande valley, those communities right along the border tend to be very hard to count and have large undercounts relative to other communities,” Elliott said. “You’re talking about communities that will miss out on their fair share of funding for the next 10 years.”

Patiño worries that being undercounted now is “just going to continue what we’re going to keep on seeing for generations in parts of Arizona, with people of color specifically.”

Undercounts are even starker for children, with the Urban Institute estimating that children under 5 may have been undercounted by 4.86%.

“Counting those young children is incredibly important for communities,” Elliott said. “If you miss a child aged 4, for the majority of their public school years, their school could receive less funding because they were not counted in the census.”

The problem is even worse for children of color, a problem Patiño bases in part on a lack of education.

“One of the most undercounted population groups is Latino children under 5 years old. A lot of parents don’t think they have to count them because of a lack of communication,” he said.

While education is needed, Patiño said that lower-income, minority communities will not respond to “the same thing that you do for the white or affluent communities.”

“You need extra layers of support and more work,” Patiño said. “The work hasn’t been done for decades, for centuries, and you can’t expect allocating similar resources will give the same results. It just doesn’t work that way.”

“There’s a lot to be done, but I think the simple thing is to get people in the community to work at the top level and have this understanding of the historical context that still impacts us to this day that many people want to ignore,” he said.