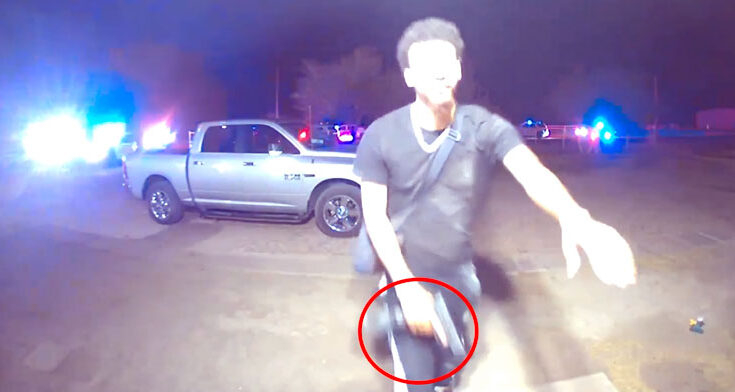 WILLCOX – The Cochise County Sheriff’s Office issued a press release Friday regarding the officer-involved shooting in the early morning hours of June 10. The shooting ended up with an Arizona Department of Safety trooper hospitalized for a gunshot wound to his shoulder, and the suspect being fatally shot as he attempted to enter a residence.

According to the press release, the trooper observed the suspect, later identified as Josiah L. Byard, 21, of Georgia, traveling at more than 100 mph on Interstate 10 at about 3:10 a.m. in a Chevrolet Traverse.

The trooper initiated a traffic stop, but when advised that he was going to be placed under arrest, Byard began to flee.

The trooper then pursued Byard at speeds exceeding 100 mph as the suspect traveled eastbound on I-10 toward Willcox. Near the Old Stewart Road exit, officers deployed spike strips to stop the suspect.

Byard continued driving after his Chevy’s tires were spiked, however, and the trooper attempted to get close enough to perform a “pit” maneuver where the front of the trooper’s patrol car would strike the rear of the suspect’s vehicle, causing it to stop.

At that time, Byard reportedly fired three shots into the trooper’s vehicle, with one bullet striking the trooper in his shoulder. After being shot, the trooper still managed to perform the maneuver, which caused the Chevy to crash into an embankment and fence near the Fort Grant Road exit. Byard then fled from the Chevy prior to additional law enforcement’s arrival.

Byard then went up to a residence that was equipped with a Ring doorbell camera. The occupants were awake and were preparing for a trip out of state, according to the press release. They allowed Byard inside, gave him water, and allowed him to call his mother, who was in Georgia. An occupant also initially offered to give Byard a ride into town.

However, the occupants soon noticed the police presence on the freeway and called 911 to advise that the man from the incident on the freeway was in their living room. At that point, the dispatcher advised the occupants to not give Byard a ride and a resident reported that Byard was trying to get inside his truck.

Officers then arrived at the scene shortly thereafter and ordered Byard out of the truck at gunpoint. As Byard exited the truck, he was holding a Glock 31 semi-automatic handgun with a “drum” magazine. An investigation later learned the handgun was purchased legally by Byard in Georgia at the end of May, according to the release.

Byard continued to ignore officers’ commands and began to re-enter the residence while holding his gun. As he opened the screen door, DPS troopers fatally shot him.

After the shooting, a dispatcher received a call from Byard’s mother, who pleaded with officers to not kill her son and advised that he was mentally unstable.

Life-saving measures were attempted on Byard, according to the release, however, he was pronounced deceased at a local hospital.

The injured trooper was taken to a Tucson hospital for surgery and is expected to make a full recovery.