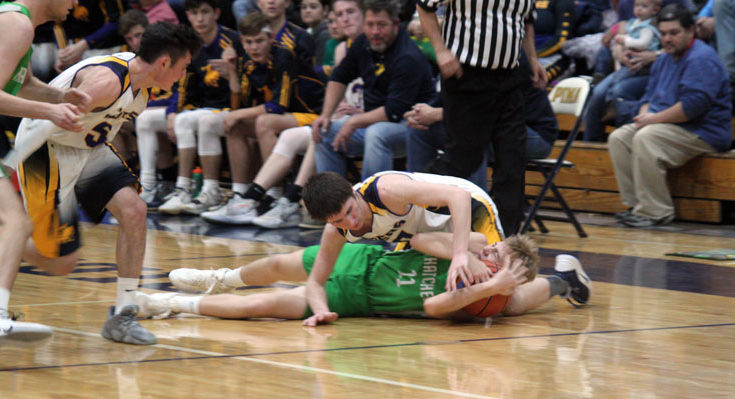 Pima prevailed 47-36, to vault past Thatcher and back into the No. 1 spot. However, if these two teams’ trajectory for the second half of the season remains on the same path as the first half, a rubber match date in Thatcher on Feb. 4 could determine who ultimately finishes on top of the region.

Tim Salyer led the way for Pima with 16 points – seven from free-throws in the fourth period including the last five points for the Roughriders to ice the game. Pima went 8-10 from the line in the last period.

“It’s what every kid does in their free time in an open gym,” Salyer said. “They go and practice like they’re in that situation. I’m glad I got to come through.”

Early on, it was Levi Thygerson with the hot hand as he hit Pima’s first five points on his way to an 11-point night. Thatcher’s Collin Thompson helped the Eagles keep pace, answering nearly every Thygerson score with one of his own as Pima took an early 5-4 lead. Thompson would end up leading Thatcher with 12 points for the game.

With time running out in the first period, Kaleb Blair hit a big 3-pointer to put the Roughriders up 12-7 after one period of play.

In the second period, Pima’s defense and Thatcher’s missed shots loomed large as the Eagles only scored two field goals on 17 percent shooting in the period, the second bucket coming with less than a minute left until halftime. Conversely, Pima continued to put the ball in the bucket with treys from senior point guard Alec Judd (who finished with 10 points on the night) and a second long ball from Blair. By halftime, Pima had more than doubled up Thatcher, 24-11.

“All season, even when we first started, we have never had an 11-point half,” said Thatcher head coach Robby Martindell. “That’s not us and we know that . . . They were physical and we weren’t quite ready for it. And it showed.”

Pima head coach Cliff Thompson credited his team’s defense in the second quarter for a good portion of Thatcher’s woes.

“I think we had a lot to do with it,” he said. “Shooting comes and goes, but if you play good defense you have a better chance of affecting the offense. I think, in the first half especially, we played with a lot of energy and really defended well. We played the way we like to play.”

Thatcher came out in the third period and scored more points (15) than it did the entire first half as Thompson remained a beast down low and sophomore guard T.J. Reed dialed it in from deep twice. However, Pima nearly kept pace with 13 points in the period and was still up by double digits, 37-26, at the start of the fourth.

Back-to-back buckets by Thatcher’s freshman guard Brandon Napier (eight points) and sophomore guard Tanner Palmer brought the Eagles within seven, 37-30, however, a 3-pointer attempt rimmed out and Salyer stepped up and scored when Pima needed a bucket to stretch the lead back to nine.

“We had a wide-open, beautiful 3-point shot,” Martindell said. “If that ball goes in it’s a four-point game. That changes everything, but it didn’t fall for us. They came down and took a lot of time off the clock. They were disciplined and when they got fouled they went and shot their free throws.”

After an offensive foul turned the ball back over to Pima, Salyer was fouled and hit two free throws to extend the lead to 11. He then hit 5-6 free throws down the stretch to secure the win as Pima played its spread offense and just clicked time off the clock without giving Thatcher many possessions late in the game.

“It felt good,” Judd said. “A lot of hard work and it finally worked out with a win. It was all about executing our offense and listening to our coaches.”

Coach Thompson said he was proud of how his team played defensively, but that he would like to see some improvement in their offensive game.

“I wish we’d score a little more to make things easy on us defensively but it’s kind of what we have to do,” Cliff Thompson said. “We have to shut people down and then we have to score enough points to win.”

“It was a good win,” Salyer added. “It was hard-fought. We played good defense and we shut them out in the beginning of the game. They only had like four points in the second quarter . . . It takes a lot to shut them down. They’re a good team.”

With how these teams played the first half of the season, it’s a good bet that that same electric vibe will be at Thatcher when they square off again Feb. 6 – and the 2A Region Championship just maybe riding on who the victor of that game is. 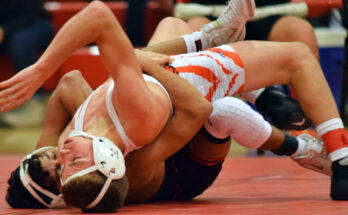 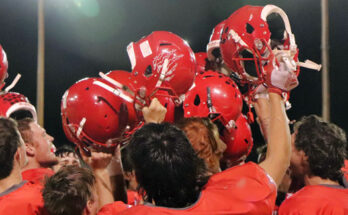 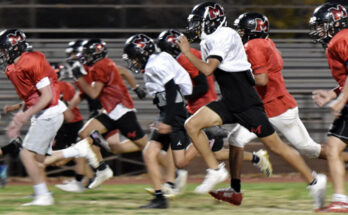