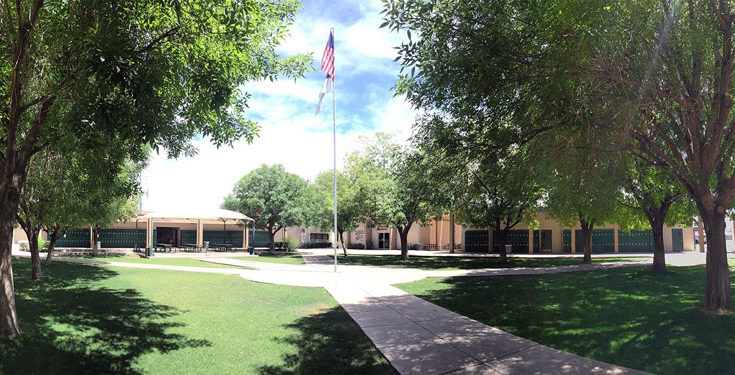 PHOENIX – The Phoenix Christian Preparatory School has announced that it will conduct an internal investigation into an allegation that its girl’s basketball coach, Tara Poovey, shoulder-checked a Fort Thomas girl’s basketball player during tournament play.

In the video, the Fort Thomas player throws an inbounds pass and then as she begins to head onto the court Poovey gives her a shoulder to the body. Officials working the game gave Poovey a technical foul at the time but allowed her to remain on the sidelines as the coach.

According to Arizona Interscholastic Association Sports Information Coordinator Seth Polansky, if the school submits a self-report to the AIA regarding the incident, it will then be forwarded to the Executive Board at a regularly-scheduled meeting. The Executive Board would then decide to impose sanctions if it chooses.

“Any corrective action taken by Phoenix Christian would be considered by the board when it comes to sanctions,” Polansky wrote in an email to the media.

He added that the bylaw in question would be 2.6.2.3 (Conduct by Participants) or any other bylaw the school feels this incident would be regulated by.

Phoenix Christian is a private school founded in 1949 with an annual tuition cost of $9,643 for high school. It boasts a 15:1 student to teacher ratio and notes that it is “educating the minds, forming the hearts, and equipping the hands of students in a Christ-centered atmosphere.”