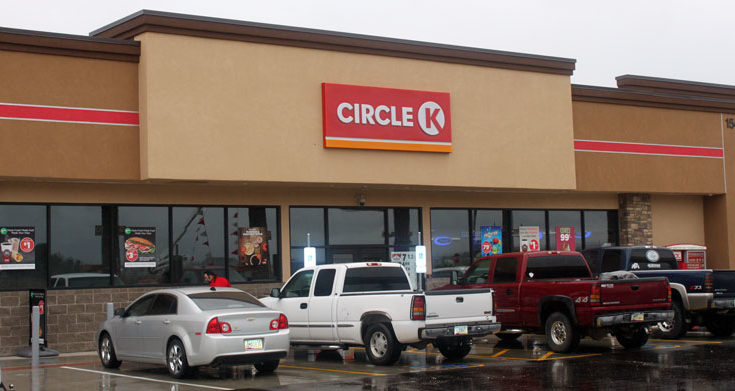 Jon Johnson File Photo/Gila Herald: A pedestrian was killed when he was struck by a car on U.S. Highway 70 near the new mega-Circle K on Wednesday night.

SAFFORD – A pedestrian was struck and killed while in an eastbound highway lane near the new mega-Circle K at 1542 E. U.S. Highway 70 on Wednesday night.

According to a news release from the Arizona Department of Public Safety, Johnny R. Ochoa, 69, of Safford was in the eastbound traffic lane at about 6:50 p.m. when a white, 1999 Ford Crown Victoria that was approaching the Circle K collided with him.

According to a Graham County Sheriff’s Office report, a deputy on patrol was informed of the collision by a citizen who had just driven by the scene. The deputy located Ochoa and began cardiopulmonary resuscitation (CPR) on him prior to the arrival of first responders.

Deputies and officers from the Graham County Sheriff’s Office and Safford Police Department assisted at the scene, and the highway was closed at Hollywood Road to the West and S. Montierth Lane to the east to serve as a detour. Ochoa was then transported to Mt. Graham Regional Medical Center by paramedics with Lifeline Ambulance.

While en route to the hospital, Ochoa was pronounced deceased from injuries sustained in the collision, according to the DPS release.

The driver of the Ford said Ochoa suddenly walked right out in front of them onto the highway.

Because Ochoa was deemed at fault, the Gila Herald is not releasing the names of the 50-year-old female driver and 50-year-old passenger of the vehicle that struck Ochoa. Both driver and passenger were not injured in the collision.

Additionally, no tests were performed on Ochoa to see if there was any sort of impairment because he was deemed at fault, according to the DPS.