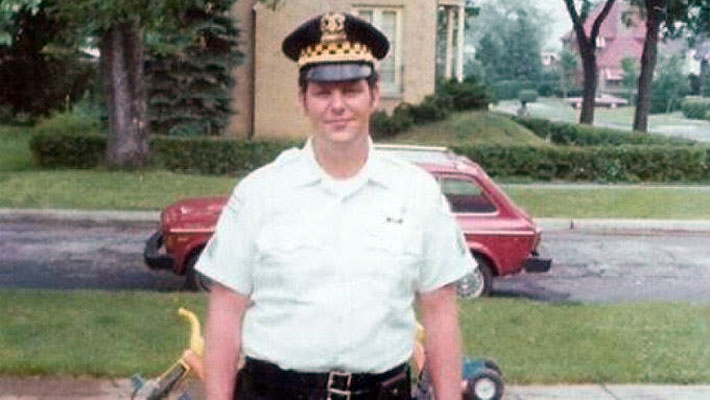 Contributed Photo: Tom O’Halleran as a young officer with the Chicago Police Department.

“As we honor National Police Week, we welcome the law enforcement officers and their families who have traveled to Washington for this important and honorable event. This week, we keep in mind not only our brave officers in the field, but the families and loved ones who support them at home; each make immense sacrifices that help keep our communities safe.”

O’Halleran is an original cosponsor of a resolution recognizing this week as “National Police Week”, and a cosponsor of the VICTIM Act, which increases funding for hardworking local and tribal police departments, helping to hire, train, and keep good detectives and victim services workers to better provide the needed resources to catch criminals.

Of the bill, O’Halleran said, “As a young officer working in Chicago, I had to knock on the doors of too many mothers and tell them their child had been lost to an act of senseless violence. In my years as a homicide detective, my young son refused to go to bed until he knew I was home safe; I worked most nights until two in the morning. There are two sides to this coin. Officers and those they serve both want safe, supported communities, and Americans deserve officers that are held to the highest standards. To achieve these goals, I’m proud to stand with my colleagues in support of our commonsense, bipartisan Victim Act: legislation that sets aside funding to hire, train, and keep good detectives and victim services workers to better provide the needed resources to catch criminals and keep families safe.”

O’Halleran has also co-sponsored two bipartisan bills aimed at bolstering resources and investments in law enforcement: the Invest to Protect Act of 2022 and the Community Oriented Policing Services (COPS) on the Beat Grant Program Reauthorization and Parity Act of 2022:

“As a former police officer and homicide detective, I wholeheartedly support commonsense, bipartisan bills that raise salaries for our hardworking officers and send new funding to small police departments in need of resources,” continued O’Halleran. “I stand committed to finding legislative solutions that give our hardworking officers what they need to protect and serve.”