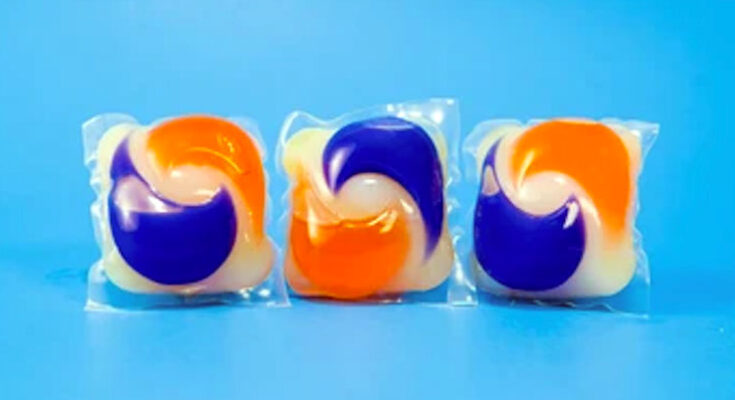 A woman was given a written warning for driving erratically after racing to a residence where her child was injured after biting into a Tide Pod.

THATCHER – A woman was given a written warning for erratic driving that included criminal speeding of 75 mph in a 35 mph zone on June 23 as she raced to assist her child who had choked on a Tide Pod.

According to a Safford Police report, an officer was patrolling U.S. Highway 70 when he observed a truck traveling westbound at 75 mph in a 35 mph zone. The officer gave chase and the vehicle failed to yield to his lights and siren as it continued westbound, swerving through traffic and running a red light at the intersection with Stadium Avenue.

The truck then mounted the curb in front of the Thatcher Post Office and continued westbound on the sidewalk. The vehicle then came to a stop and the driver ran from the truck – ignoring the officer’s commands to stop.

The officer chased the driver down a driveway to a residence and caught her in the doorway. As the officer grabbed the woman’s arm she yelled and said her baby was choking.

The officer then saw a young child held by another woman later advised to be the child’s aunt. The child was coughing and the officer was later informed that the child had grabbed a Tide Pod off a counter next to a laundry basket and bit into it. The Tide Pod ruptured and detergent went into the child’s throat. The detergent caused the child to vomit and choke, and the aunt called the child’s mother to inform her of the situation. The mother then drove in an erratic manner to render aid to her child.

In 2017 and 2018, teenagers followed a dangerous trend called the “Tide Pod Challenge” in which they intentionally ate the detergent.

Tide Pods, and other laundry detergent pods, are sealed by plastic wrapping that creates pressure. Upon rupturing the plastic by biting on it, the pods explode and can coat the mucous membranes, causing irritation and prompting coughing, gaging, and/or vomiting.

Swallowing a detergent pod can cause irritation to the esophagus and stomach and cause gastrointestinal distress and diarrhea.

If someone accidentally ingests a laundry detergent pod, have them wash out their mouth and drink water or milk to dilute the detergent. Do not attempt to induce vomiting. Afterward, call Poison Control (1-800-222-1222) if the symptoms are mild or moderate. If symptoms become severe or there is trouble breathing, call 911 or go to a hospital.

When the officer noticed the coughing child, he requested an ambulance respond to the location. Paramedics soon arrived and transported the mother and her child to Mt. Graham Regional Medical Center, according to the police report.

The officer gave the mother a written warning for driving, and the woman apologized.