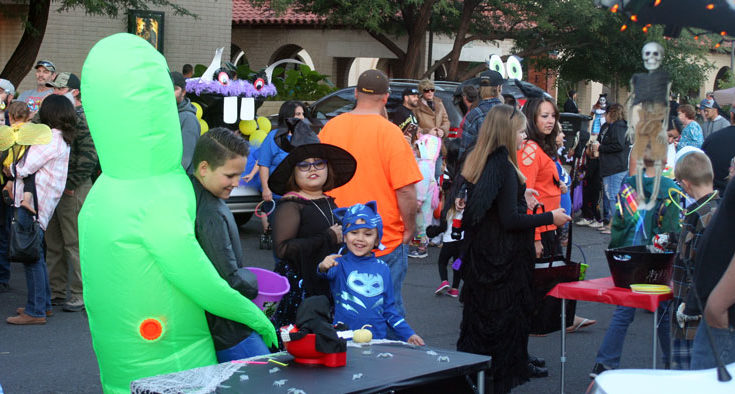 Indeed, the theme of the popular Halloween song rises from the graveyard of oldies tunes to again be a hit. The song by Bobby Pickett is at least a half-century old. and still going strong.  In Morenci, it was also the theme of a day and night full of fun for assorted scary creatures such as witches, vampires, and other spooky types.

Now, in the 21st Century, the scary types include monsters or other devilish-looking types from outer space or imaginary planets. All the same, the Morenci Monster Mash was great fun for families. 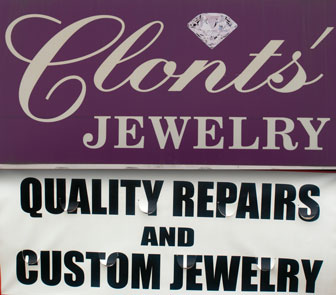 A great many children and adults were in the spirit of dressing up for the special occasion held Saturday, Oct. 26 at the Morenci Plaza. The plaza was packed with revelers. Several hundred attended and some estimates put the overall crowd size at about 1,000.

The large area around the Morenci Community Center was indeed packed with people of all shapes, sizes, and ages.  Many young adults, moms, and dads were almost unrecognizable as they painted their faces or wore costumes that were almost as funny as they were scary.

There was plenty for all to do at the outdoor section of the plaza as well as within the Fitness Center and Morenci Club. The club was converted into a ‘very scary” haunted house that awaited those cool and collected enough to dare enter. There were various stops in the plaza in which children were given treats by some of the spookiest folks at the event.

It appeared to be just as much fun for those charged with the duty of looking scary but who also wearing genuine smiles as they did their thing.  All in all, a good time was had by all.

See a photo album of the Morenci Monster Mash here.