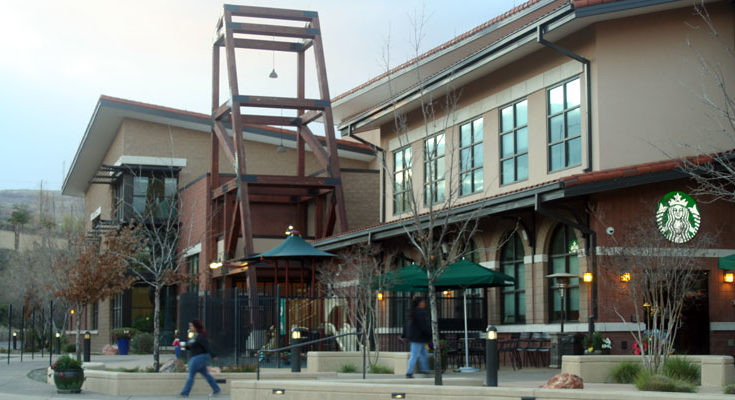 Walt Mares Photo/Gila Herald: The $15.5 million Morenci Fitness Center was built in 2011 by the Freeport-McMoRan, Inc. copper mining company. It not only features state-of-the-art exercise equipment, but also has a full-size gymnasium, indoor and outdoor swimming pools, a track, and facilities to host many community events. It was closed on March 17 as a precaution to the existing coronavirus global pandemic and was reopened on Monday, June 15. The center plays a key role in offering improved health and socializing in Morenci-Clifton and the entire Greenlee County community.

Reservations are required to use the facility

MORENCI – The rules are as solid as the rock from which the Freeport-McMoRan copper mining company extracts its copper ore. The rules regard the use of the Morenci Fitness Center, which reopened its doors on June 15.

Freeport-McMoRan, which built the $15.5 million facility in 2011, oversees its operations.

The fitness center was closed in the wake of what has become the coronavirus global pandemic. Hundreds of thousands of Americans have contracted the virus and more than 100,000 people have died as a result of it.

Members only are allowed to use the facility and they must make reservations to do so. To make a reservation call (928) 865-6625. When members are allowed in, their time is limited to one hour. The place is cleaned every hour for half an hour.

Prior to entering the facility, users must check-in at a table set up in front of the facility’s entrance. There, entrants’ temperatures are taken. No ifs and or buts about it.

No one but those allowed into the facility may use its restrooms. Ouch! The nearest public restrooms are at Bashas’ grocery story about 150 yards or more from the center.

Who would have thought a little more than three months ago that something like this could happen? In February, there were small signs were posted around the center advising members that the basketball courts would be closed for refurbishing.

The rest happened very suddenly. The signs no longer mattered because suddenly the entire center was closing.

Why was the fitness center suddenly closing?  It is for the same reason such facilities are coming to a dead stop. There is caution, anxiety, and outright fear of the coronavirus spreading among folks. In fact, the World Health Organization has said the virus is so dangerous and potentially deadly it has resulted in a worldwide pandemic.

The U.S. Centers for Disease Control and Prevention had initially advised that no activities or gatherings involving more than 50 people should be held. The most recent advice given to the American public is there should be no gatherings with more than 10 people involved.

All across the U.S., restaurants, gymnasiums, and even schools were ordered to close. For some Morenci Fitness Center members, a closing did not seem likely. After all, Morenci is located in the high desert of southeastern Arizona. Morenci is in Greenlee County, which has the smallest population among Arizona’s 15 counties. It is also the second smallest in size of those counties and two-thirds of the county is covered by national forest.

Greenlee might undoubtedly be referred to by city dwellers as being “out in the boondocks.”

Although Morenci is in a very remote location, it is also a thriving part of the American economy. Freeport-McMoRan’s Morenci Operations is the largest operating open-pit copper mine in North America. The mine employs thousands and is the backbone of not only Greenlee’s economy but is also highly critical to Arizona’s economic well-being.

The fitness center is key to maintaining or improving the health of copper miners, their families, and that of the public who use the center to stay in or get in shape. The facility provides not only state-of-the-art workout machines, but it also provides other activities, particularly for families, to promote and engage in healthier lifestyles.

Its closing had a definite negative impact to the Morenci-Clifton community.

Along with the fitness center, the well-used Morenci Library and the theatre were closed and have also reopened. The library sees a great deal of use, particularly among elementary-aged children. It serves many adults as well as youths.

The theatre opened about two weeks ago but has seen very few moviegoers. However, the theatre has been selling much of its popular popcorn.

The fitness center, library, and theatre are all located close together. They are part of a complex, a loop, at one end of the Morenci Plaza.

Indicative of how much the facilities are used is the number of vehicles in the parking lots. The lots were always full prior to the closure of the Morenci loop facilities. There were almost none during the past three months. Today one sees less than half of those vehicles than there were in normal times.

On a positive note, the Starbucks coffee shop located in a part of the fitness center complex has remained open over the past three months. Tables and chairs normally situated on its patio were removed, apparently to keep any gatherings from occurring. They, too, are now back in place on the patio.