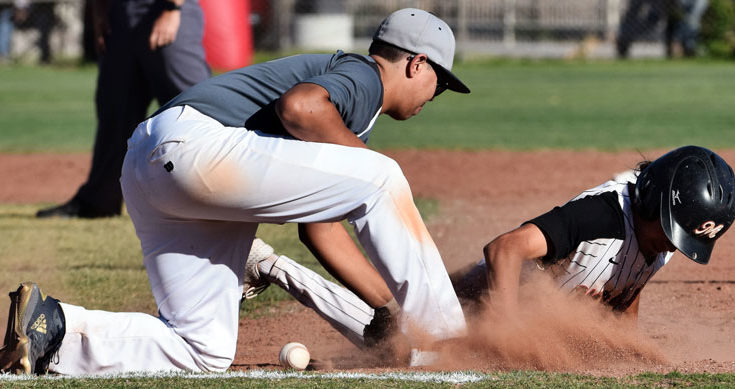 Raymundo Frasquillo File Photo/Gila Herald: Morenci junior Zachary Waltrip returns safely to first base during a pick-off attempt during Morenci’s play-in game against Pima. Morenci will now play for the state championship against No. 1 Scottsdale Christian.

TEMPE – After winning a play-in game just to make the playoffs, the No. 10-ranked Morenci Wildcats baseball team is in the championship game against No. 1-ranked Scottsdale Christian, which has mowed down the competition during the playoffs.

The two teams will face off at Tempe’s Diablo Stadium on Monday, May 13, starring at 7 p.m.

In other news, Morenci’s softball team fell in the semifinals to No.1-ranked Benson, 4-1, on Friday night, to just come up short of the championship game.