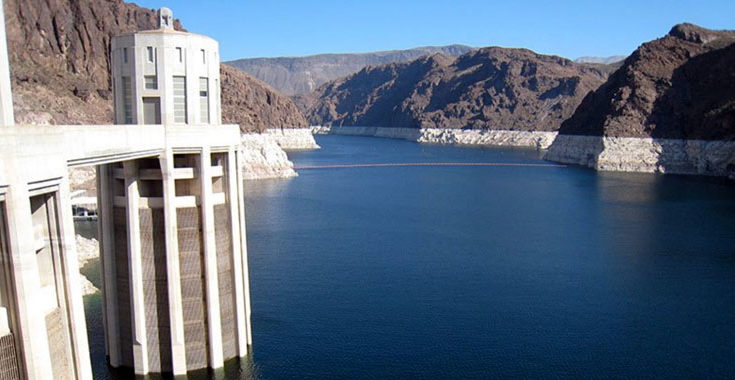 WASHINGTON D.C. – Over $50.5 million will be invested in Arizona in 2022 for critical drought relief measures from the bipartisan Infrastructure Investment and Jobs law led by Senator Kyrsten Sinema and shaped by Senator Mark Kelly.

Sinema and Kelly’s Infrastructure Investment and Jobs law provides the Bureau of Reclamation $1.6 billion for Western Water Infrastructure in 2022, including $50 million to implement the Drought Contingency Plan at Lake Mead and $500,000 for the Verde Reservoirs Sediment Mitigation Project.

“Arizona jobs, economic opportunities, and the health of our communities all depend on clean and sustainable water. The historic investments we secured in our bipartisan infrastructure law strengthen Arizona’s water systems and help secure our state’s water future,” said Sinema, co-author and negotiator of the bipartisan Infrastructure Investment and Jobs Act.

“As Arizona continues to grow, it’s critical that every Arizonan has reliable access to clean water. The historic drought we’re facing is serious, but the bipartisan infrastructure law we passed is going to help us take meaningful steps towards securing a sustainable water future by upgrading not just our dams, canals, and reservoirs, but also water management and conservation strategies for decades to come,” said Senator Kelly.

The bipartisan Infrastructure Investment and Jobs law makes the strongest investment in clean drinking water and wastewater infrastructure in U.S. history, delivering clean water to millions of American families – and more than $8 billion to strengthen water infrastructure throughout the American West, such as aging infrastructure, water storage, water recycling, drought contingency plans, and damn safety. This funding specifically includes $300 million over the next five years for water reclamation operations under the Colorado River Drought Contingency Plan. Of this funding, $250 million is for the Bureau of Reclamation to create or conserve 100,000-acre feet of water annually for the Lower Colorado River Basin at Lake Mead. In October of 2021, Senator Kelly chaired a hearing of the Senate Subcommittee on Water and Power to examine the historic drought affecting Arizona and the western United States, as well as focused on effective uses of funding in the bipartisan infrastructure law to mitigate drought.