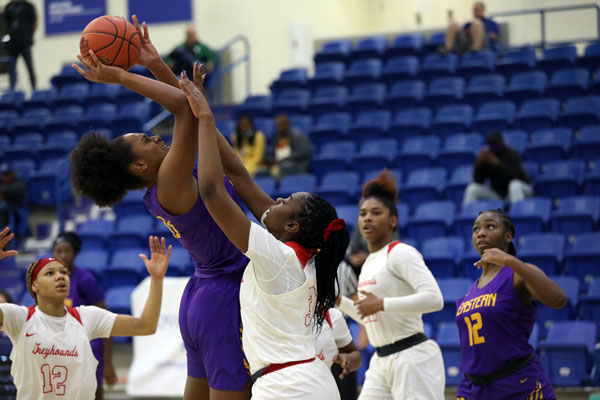 “We adjusted to two time zones, but are still playing incredible basketball,” said Eastern Arizona College Head Coach Cameron Turner. “We came out of the gates well. They (the Moberly Greyhounds) started playing zone to slow us down, but we saw that as an opportunity. Our half-court defense and rebounding brought us out on top.”

Nadira Eltayeb led the Monsters in scoring with 20 points. She also hauled down 16 rebounds and had five blocked shots. Ajae Yoakum scored 19 and had 13 rebounds and Catarina Ferreira added 15 points.

EAC’s Lady Monsters won the NJCAA Region 1 Championship with its 56-47 win over Arizona Western College. With a conference record of 16-2, the team is ranked 19th in the nation. The Lady Monsters began the season with a 61–51 win over Arizona Western College on Feb. 5; they only lost two conference games to finish the season at the top of the standings. 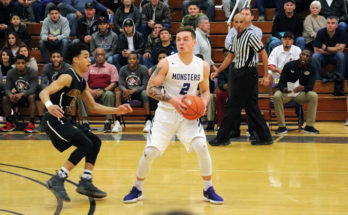 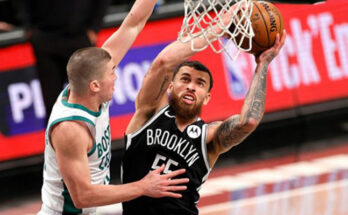 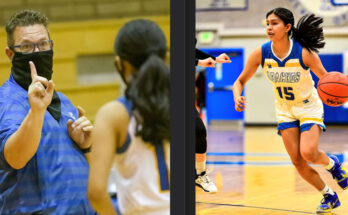