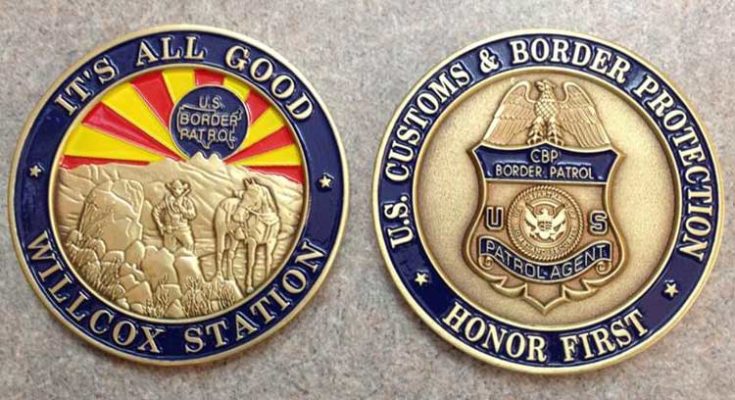 The incident occurred when agents patrolling rural roads encountered a westbound 2003 Chrysler 300 with several persons inside. As agents attempted to conduct an immigration inspection on the occupants when the driver abruptly stopped the vehicle and fled into the desert.

After a short foot chase, agents arrested the suspected smuggler, a 36-year-old Mexican man illegally present in the country, and seized the vehicle. Six male Mexican nationals, ages 24 through 42, were also arrested. Two of the men were concealed in the vehicle’s trunk.

During processing at the Willcox Station, agents learned that five of men were previously charged for immigration violations.

The driver will remain in custody pending a court decision on immigration violations, as well as federal charges for human smuggling.

Federal law allows agents to charge individuals by the complaint, a method that allows the filing of charges for criminal activity without inferring guilt. An individual is presumed innocent unless and until competent evidence is presented to a jury that establishes guilt beyond a reasonable doubt.

As temperatures continue to rise, Border Patrol officials warn that Arizona’s high temperatures can kill humans riding in the trunk of a car. Other dangers include carbon monoxide poisoning and the risk of serious injury or death from a vehicle collision.