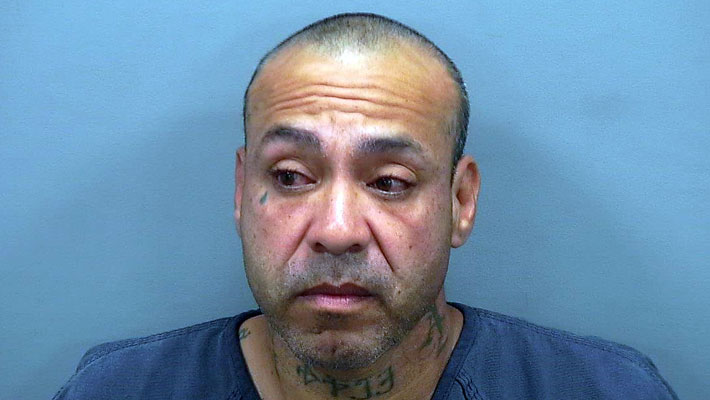 Lopez was apprehended Jan. 27 after a brief police chase and was booked into the Graham County Adult Detention Facility on three felony warrants stemming from a 2018 drug case.

Lopez was initially arrested in March 2018 when he was found with 13.9 grams of meth during a traffic stop. He posted a $5,000 bond and was released pending litigation. However, he failed to show up for his trial and was tried in absentia, with attorney Dennis McCarthy representing him and Graham County Chief Deputy County Attorney L. Scott Bennett representing the state.

On Jan. 27, Bail Bondsman Bill Daniels had just left the courthouse when he saw Lopez walking in the area. Daniels, who was Lopez’s bail bondsman on the meth case and had put up the $5,000 bond, said he thought Lopez noticed him and hid.

A Graham County probation officer then reportedly alerted Safford Police about Lopez being in the area, and an officer spotted him outside of the Safford City-Graham County Library.

As officers gave chase, the action was captured on the library’s surveillance system, which showed Lopez round the corner onto 7th Avenue, where Daniels and another Safford officer were. The officers and a detective joined Daniels in chasing after Lopez, and the chase ended when Lopez tripped and fell into a street sign. During that arrest, he was found with 5.8 grams of meth in his possession.

Based on Lopez’s criminal history, he was eligible for a sentence between 10.5 years to 15.75 years in prison. On April 28, Judge Ragland felt a sentence of 14 years was appropriate.

Graham County Chief Deputy County Attorney L. Scott Bennett said while he would have preferred the maximum sentence, he felt justice had been served.

“I understand what the judge was doing,” Bennett said. “It was a fair sentence and will keep the defendant from transporting garbage for a long time. The trial had been delayed many times at the request of the defendant, then he chose not to appear, which was disappointing. I believe that decision was not appreciated by the court. Regardless, the fine officers tracked him down and arrested him so he could be sentenced for this crime. I really appreciate their hard work in finding him and bringing him to justice. When they found him, he was in possession of meth again, so we were able to prosecute him for that as well. When he gets out of prison, he is going to be on probation for the new case”

Lopez will be remanded into the care of the Arizona Department of Corrections to serve his sentence.