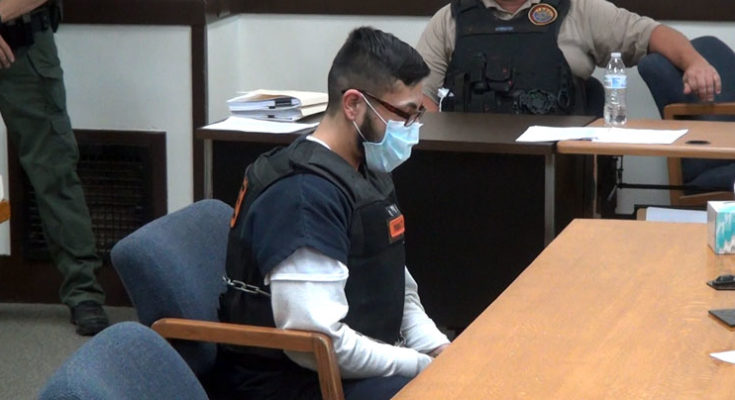 Thunderbird killer won’t be eligible for parole for 50 years

With the sentence, Marengo will have to serve at least 50 years and will be 79 years old before he can apply for the possibility of parole.

Marengo previously pleaded guilty to two charges of murder in the first degree for the killings in exchange for dropping a number of other charges.

Marengo’s girlfriend at the time of the murders, Keyonna Wilson, 26, previously pleaded guilty to abandonment or concealment of a dead body – a Class-5 Felony, and tampering with physical evidence – a Class-6 Felony, and was sentenced Monday to the maximum allowable term of two years in prison to be followed by three years on probation. Wilson admitted to helping Marengo dispose of evidence and burying Morales and Martin in a shallow grave in the backyard of a residence they resided in at Thunderbird Mobile Estates.

Morales and Martin went missing in January 2019 and weren’t discovered until Aug. 24, 2019, after Wilson led authorities to the burial site. She also showed authorities where other evidence could be found and was cooperative with authorities in the prosecution of Marengo for the murders. (See: Man charged with two counts of first-degree murder in Thunderbird double homicide of Sabrena Martin and Ruben Morales – Gila Herald Nov. 27, 2019.)

Marengo admitted to shooting and killing Martin and Morales in the residence they were living in with him in Thunderbird Mobile Estates in order to steal roughly $100 in cash from the victims and more than a half-ounce of heroin. He admitted to burying the victims in the makeshift cellar, discarding evidence near the Gila River, and selling the murder weapon – a .22 caliber revolver – to a person in Tucson for $80.

During sentencing, Monday, the mothers of the victims and Martin’s sister, Kari Martin, spoke passionately about their lost loved ones and requested the judge give the harshest sentence possible.

Morales’ mother, Clara Morales, stared down at the defendants during both sentencings and threatened them in open court while refusing to wear a face-covering as mandated by the court and followed by everyone else present.

“I hope you suffer every night when you close your eyes as I do every waking moment because you murdered my son,” Clara Morales said. “I will never see my son again because you brutally murdered him. You showed no compassion, no empathy. You treated their bodies with less respect than an animal . . . You are pure evil.

Two consecutive life terms doesn’t even begin to be justice. I mean, you will get three meals a day; you get to watch TV; you get to talk to your mother; you get to see what’s happening with your kids – or maybe not. Maybe you won’t live that long.”

Kari Martin spoke in court and said Marengo deprived her sister’s children of their mother and took her best friend.

“I know addiction is powerful, but it’s not that powerful to take two innocent lives,” Kari Martin said.

Marengo’s mother, Isabella Banda, tearfully apologized to the mothers of the victims and said while she could not begin to know how they might feel she still loves her son.

“I can’t make sense of what you did,” Banda told Marengo. “But I know that I love you because I’m your mother and I can’t change that.”

Banda then spoke to the mothers of the victims.

“I can’t replace your kids,” she said. “I’m sorry for what he did from the bottom of my heart. I don’t know why (he did it). And I don’t understand it. It doesn’t make sense.”

In calling the murders a most horrendous crime, Graham County Chief Deputy County Attorney L. Scott Bennett argued for consecutive life sentences to give justice for each homicide victim.

“We have to give a measure – albeit only a measure but a measure of justice – by ordering a sentence for both these victims,” Bennett said. “I implore the court – and I pray that it will be a catalyst to start some measure of healing – order consecutive life sentences. We have two lives lost. Justice demands two life sentences.”

Marengo’s attorney, Dennis McCarthy, argued for concurrent life sentences, which would have allowed Marengo to petition for parole after 25 years. He said while Marengo cannot bring back the innocent lives he took, he did take responsibility for his actions and has great remorse.

“He’ll never see his children again,” McCarthy said. “If he’s lucky, after about 10 years he’ll have a chance to have a contact visit with his mother . . .  There has to be hope. He’s going to spend at least 25 years on one count before he’s even eligible for parole . . . But if you order consecutive life sentences, he will essentially die in prison. That’s 50 years. I’ll be long gone. Most of the people in this courtroom will be long gone. Acknowledge that, judge. Everyone thinks he’s not deserving of leniency. It’s not leniency. His life is ripped apart. His family is ripped apart. His friends are gone. At least, perhaps, he can have a quarter of his life left. But a consecutive sentence is essentially ending his life behind bars.”

Prior to sentencing, Marengo addressed the court and the victims and said he loved Morales as a brother and Martin as a sister.

“They were light to my darkness in a time of my life that I struggled with,” Marengo said.

“I’m very sorry for doing that (murder) to them,” he said. “I realize there’s no excuse for what I did. I accept full responsibility your honor.”

Judge Peterson said he carefully reviewed all the material involved in the case multiple times, including statements from both the victims’ side and those in support of Marengo, and decided that the most appropriate term would be consecutive life sentences.

After the sentence was handed out, Marengo was fingerprinted and then taken back to the jail to await being remanded into the custody of the Arizona Department of Corrections to serve out his term.

“To my knowledge, there has not ever been a similar conviction or sentence in Graham County,
and while this resolution does not take away the loss suffered by the families, it does illustrate
that the courts will do what they can to punish those responsible,” Bennett said. “It is my hope that this sentence will go a long way toward stopping anyone else from committing such a despicable act in the
future.”

This article was updated at 4:45 p.m. on Tuesday to include a comment from Graham County Chief Deputy County Attorney L. Scott Bennett.

Election results are in! 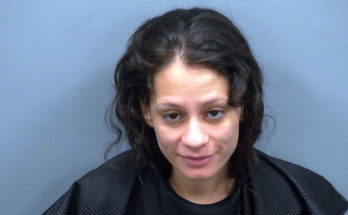 Woman gets three-year sentence after failing to kick drug habit