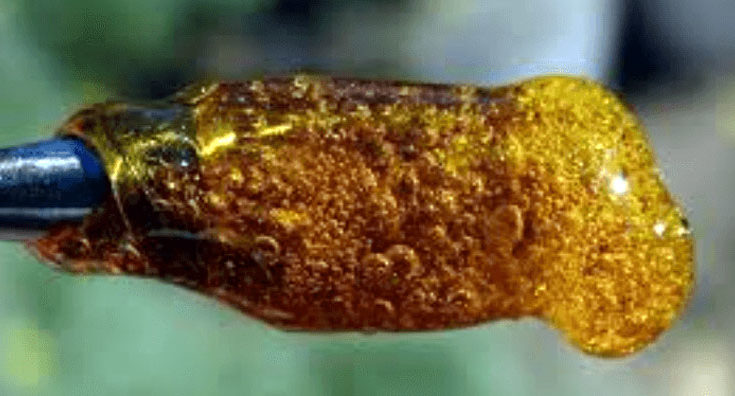 SAFFORD – Early morning hours and high-grade concentrated marijuana combined to equate to a man passing out at a traffic light and being arrested Thursday morning.

According to a Safford Police report, Kyle McClusky was found unconscious in his truck with it running while parked at the intersection of 5th Avenue and Main Street at about 2:57 a.m. McClusky was subsequently arrested for DUI, possession of marijuana, possession of a narcotic drug (concentrated marijuana), and possession of drug paraphernalia. A handgun that was reported stolen from Clifton was also found in the truck.

According to the report, officers were dispatched to the scene for a welfare check after a passerby noticed McClusky appeared to be passed out in his truck at the intersection. Upon arrival, officers located McClusky unconscious in his truck with a picture of male genitalia drawn on his forehead.

One officer placed his patrol vehicle directly in front of McClusky’s truck to make sure McClusky didn’t accelerate through the intersection upon being wakened and then entered the truck through the passenger side door and took the keys out of the ignition.

A second officer knocked on the window and McClusky awoke “confused and disoriented” and attempted to put the truck into gear, according to the officer’s report.

The officer noted he could smell marijuana coming from the vehicle and saw a glass pipe in plain view. After McClusky advised he did not have a medical marijuana card, the officer searched him and located concentrated marijuana wax (dab) in his pocket. A subsequent search of the truck also yielded a glass marijuana water pipe (bong), grinder, a bag of marijuana, and an electronic vape pen with cannabis wax in it. Those items were located in a lockbox that had a combination of 000.

In Arizona, concentrated cannabis is considered a narcotic drug and is listed as being a Class-4 Felony, while simple marijuana possession is listed as a Class-6 Felony. Concentrated cannabis is currently still sold at medical marijuana dispensaries, and a case is expected to be heard in front of the Arizona Supreme Court regarding if those with medical marijuana cards may possess it. However, in Mcclusky’s case, he is not a medical marijuana patient – by his allegedly own admission – so he faces the possibility of the penalty regardless of what happens in the Supreme Court case.

A .45 caliber Smith and Wesson revolver loaded with .410 shotgun shells and .45 caliber hollow point bullets was also located in the truck. The gun turned out to be stolen from Clifton, and McClusky said the gun belonged to a friend of his. The friend was later contacted and agreed to meet with detectives to discuss the weapon at a later date.

McClusky allegedly advised that he had left a friend’s house and pulled over to get high prior to approaching the stop light. He was taken to the Safford Police Department, and, after getting a warrant, a blood sample was taken for DUI testing purposes slightly after 5 a.m. McClusky was then given a ride home and released.

Mcclusky’s charges are pending blood test results and review by the Graham County Attorney’s Office, while the case regarding the stolen revolver was forwarded to detectives.