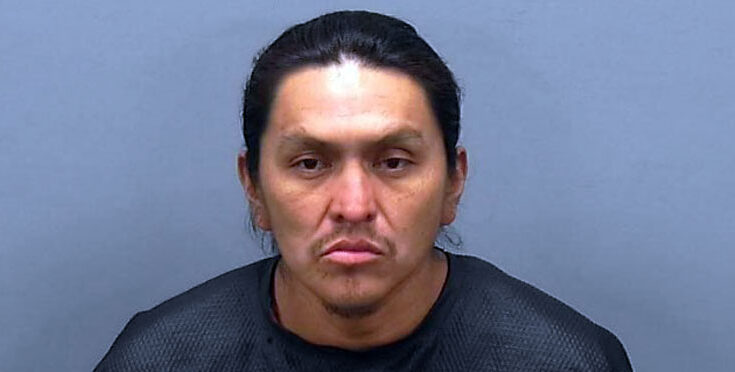 Contributed File Photo/Courtesy GCSO: Herman Duane Harvey, 36, was sentenced Monday back onto probation with the added stipulation he complete a drug rehabilitation program.

SAFFORD – Herman Duane Harvey, 36, was sentenced Monday back onto probation for possession of drug paraphernalia and given another chance at rehabilitation.

Harvey was originally apprehended with a loaded stolen handgun and a Xanax pill on Feb. 15, 2021, after being pulled over on his bicycle for failing to stop at a stop sign. (Gila Herald: Man on bicycle caught with stolen handgun, drugs)

Harvey plead guilty in June 2021 but failed to answer those charges, so a bench warrant was issued. Then, on the evening of July 6, a Safford officer spotted Harvey riding a bicycle westbound on U.S. Highway 70 after exiting the Economy Inn. After confirming Harvey’s warrant, the officer attempted to make a traffic stop, but Harvey fled the area.

Harvey eventually ditched his bicycle and fled on foot, but was soon apprehended and received the additional drug paraphernalia charge when the officer found a plastic straw with burn marks and tin foil with drug residue. (Gila Herald: Man wanted on drug and theft charges runs himself ragged fleeing from cop)

Harvey was sentenced to probation on Aug. 9, 2021, on guilty charges of theft – control of stolen property, and possession of a dangerous drug. He then later pleaded guilty to a charge of possession of drug paraphernalia on Oct. 25, 2021.

On Monday, Harvey appeared in front of Graham County Superior Court Judge Pro Tem Travis W. Ragland for sentencing and, in agreement with both the prosecution and defense, was re-instated on probation with the caveat that he attend and complete either an out-patient or in-patient drug rehabilitation program “at the discretion of the probation department,” said Judge Ragland.

That was the desired outcome from both sides of the aisle after Harvey had already racked up 45 days credit for time served.

“I think what the state is requesting is fair,” said Harvey’s defense attorney Barry Standifird. “I believe my client is going to do well.”

During the sentencing, Judge Ragland implored Harvey to take his sobriety seriously and complete the required rehabilitation.

“If you end up in front of me on one of those again, the most likely outcome is you’ll go to prison, so make sure that you comply with probation – take it seriously. It’s not a joke,” Judge Ragland said. “If you don’t do it (rehab), they’ll file a petition to revoke (and) you’ll be back in here. Nothing good is going to happen here, so make sure that you fully comply.”