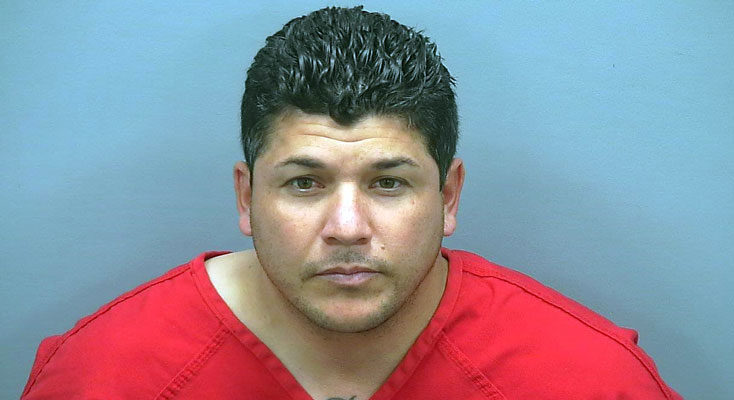 GRAHAM COUNTY – Eric Alvarez, 35, of Pima, was arrested and booked into the Graham County Adult Detention Facility on Dec. 18 on child molestation charges.

Investigators with the Graham County Sheriff’s Office surmise Alvarez had molested a child under the age of 12 on at least four separate occasions the previous week.

The situation was brought to the attention of the police by the victim’s mother, who said she had an uncomfortable feeling and learned of the alleged abuse after questioning her child.

After the Sheriff’s Office became involved, investigators had the victim make a recorded phone call to Alvarez to confront him about his crimes. In the phone call, Alvarez apologized for his actions and said he wouldn’t do it again if the victim forgave him. Alvarez also told the victim to not tell anyone what had happened.

After the phone call was complete, investigators put out an attempt to locate (ATL) for Alvarez and took the victim to Sierra Vista for a forensic interview and sex assault examination.

During the forensic interview, the victim went into detail of Alvarez’s abuse, which included various degrees of sexual assault.

Alvarez was located around 6 p.m. on Dec. 18 and was arrested and booked into the jail. He allegedly told an investigator that he knew what the charges were about but then stated he wanted a lawyer and no further questions were asked.