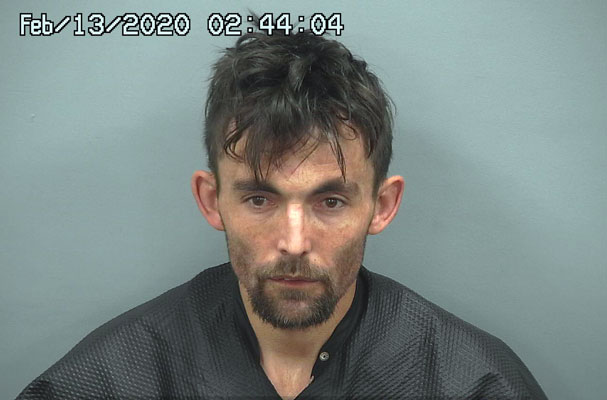 Contributed Photo/Courtesy GCSO: Justin Pratt, 35, was booked into the Graham County Adult Detention Facility on charges of burglary in the third degree and theft after allegedly stealing from a car wash vacuum debris container.

SAFFORD – A man was arrested and booked into the Graham County Adult Detention Facility after breaking into the locked vacuum debris containers at the Hurricane Car Wash at 610 W. 5th St. The man reported only scoring $2.50 in change in the theft.

Justin Pratt, 35, was arrested Feb. 12 and booked into the jail on charges of burglary in the third degree and theft after a Safford detective recognized him on surveillance video.

An officer was initially dispatched to the car wash on Feb. 9 at about 12:14 p.m. after the caretaker discovered the damaged containers and debris strewn across the concrete.

Surveillance footage from the car wash showed a man get out of a dark truck and pry open three of the four vacuum debris containers and pour the debris onto the cement prior to sifting through it.

Upon viewing the footage, a detective believed Pratt was the man in the video and identified his truck as well. The detective then went with others to Pratt’s residence, which is a small travel trailer in the Graham View Trailer Park.

Upon arrival, Pratt said he didn’t realize breaking into the debris storage area was wrong and that the didn’t attempt to break into the change container. The detective then advised that having a lock on it should be a clue the owners don’t want people getting into it and Pratt agreed. During the interaction, a container with heroin was located in Pratt’s possession.

After a search of his trailer, Pratt was arrested and booked into the jail on charges of burglary in the third degree and theft. Possible additional charges of possession of a narcotic drug are pending.