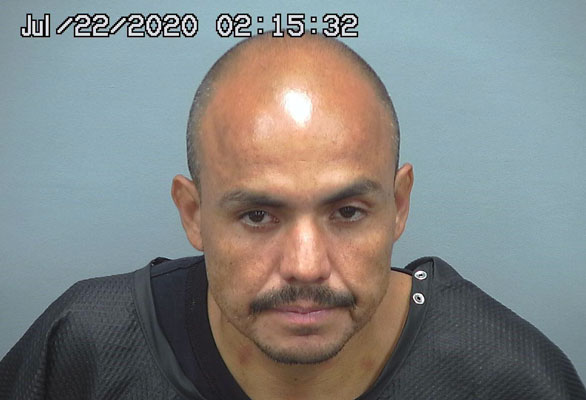 Contributed Photo/Courtesy GCSO: Jacob Gonzales was arrested and booked into jail for possession of a dangerous drug and possession of drug paraphernalia.

SAFFORD – An officer on patrol arrested a man for possession of methamphetamine after witnessing a drug deal in one motel parking lot and following the buyer to a second motel.

According to a Safford Police report, the officer was on patrol at about 12:17 a.m. when he noticed a black Buick car in the parking lot of the Economy Inn at 225 E. U.S. Highway 70 where the driver appeared to be talking to a man on a bicycle.

Considering the time of night and the propensity of the area to be known as a high-drug activity area, the officer followed the Buick as it left the Economy Inn parking lot and then parked at the Quality Inn & Suites at 420 E. U.S. Highway 70.

The officer then approached the driver, identified as Jacob Gonzales, and asked what he was doing. Gonzales allegedly replied that he came to the Quality Inn to find a room for the night.

The officer informed Gonzales that his story didn’t make sense and asked if he could search the vehicle. After receiving consent, the officer located a bag of methamphetamine and a meth pipe in a back slot of the front passenger seat.

Gonzales then allegedly admitted to purchasing the meth in the Economy Inn parking lot. The drug and pipe were confiscated and Gonzales was arrested and booked into the Graham County Adult Detention Facility on charges of possession of a dangerous drug and possession of drug paraphernalia.