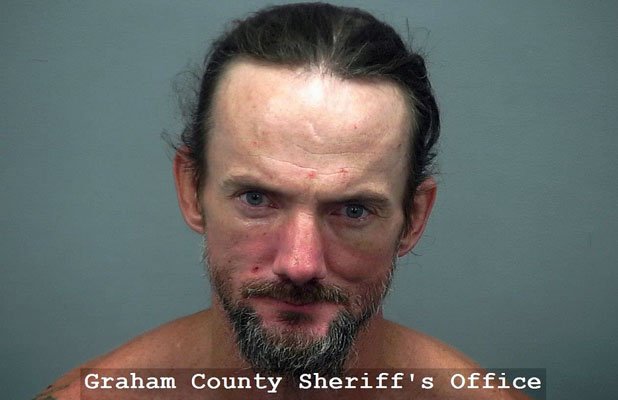 SAFFORD – A man who was pulled over by police for failing to stop at a stop sign while on a bicycle was allegedly found to be hiding methamphetamine for sale inside his mother’s prescription medication.

According to a Safford Police report, an officer noticed Morris fail to stop at the stop sign at the intersection of 5th Avenue and 9th Street at about 12:45 p.m.

Morris, who is already on probation for a previous drug case, was found to have 21 yellow capsules in a clear ziplock bag. Morris said the pills were her mother’s prescription medication, and indeed the markings on the pills listed them as gabapentin, which is used to prevent and control seizures.

Morris was then taken to jail and booked on the meth charges. While being processed, however, a jail staff member discovered a baggie of marijuana inside Morris’ underwear. Since that is a prohibited substance in the jail, he was given the additional charge of promoting prison contraband.