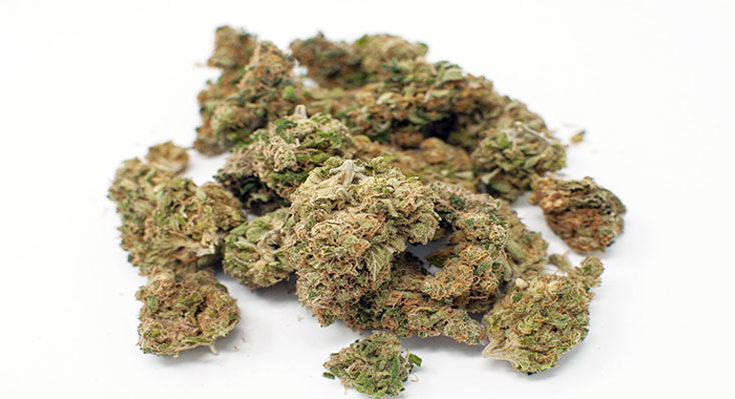 SAFFORD – A Safford man reported to police on Saturday that he believed his grandparents stole his medical marijuana.

An officer was dispatched at about 1:35 p.m. to a residence on Stratton Drive regarding a theft.

The man told the officer that he “no longer wanted to live with thieves” and the officer stood by while the man packed his things. The man’s mother then came and picked him up from the residence.

The Arizona Medical Marijuana Act (AMMA) was approved Nov. 2, 2010, by 50.13 percent of voters. The act allows state-licensed doctors to recommend medical marijuana to residents who have at least one qualifying condition. With the doctor’s recommendation, a patient can apply and receive an Arizona medical marijuana identification card, which allows them to purchase up to 2.5 ounces of marijuana from a state-licensed dispensary every two weeks and possess up to 2.5 ounces at any time. Patients who live more than 25 miles from a dispensary can grow up to 12 marijuana plants in their own residences. A ballot initiative to legalize recreational use of marijuana for adults is expected to be on Arizona’s 2020 ballot.

A total of 11 states and Washington D.C. have legalized adult recreational use of marijuana and 33 states (including Arizona) have legalized its use for medicinal purposes.

Additionally, President Donald J. Trump signed a bipartisan Farm Bill into law in December 2018, which legalized hemp, which doesn’t contain THC, the psychoactive compound in cannabis. The bill allows farmers to grow hemp – which recently has been prized as a source for cannabidiol (CBD). Products infused with CBD are used widely for their healing and well-being properties. For more information on CBD and its uses, visit the Green Star Clinic at 317 S. 8th Ave. in Safford or give them a call at 928-322-2625.