GRAHAM COUNTY –  A Department of Child Services investigation was initiated after a step-father was accused of shooting three of his step-children with a BB gun while recreating in the Gila Box area.

According to a Graham County Sheriff’s Office report, the incident occurred on April 17. The children involved are ages 13, 11, and 10. A 7-year-old who was also present was not shot.

In interviews with the alleged victims, the children advised they were shooting cans filled with dirt when the stepfather asked to shoot and shot the 10-year-old in the leg – possibly on accident. Afterward, the stepfather said the BB gun didn’t hurt and proceeded to shoot himself, according to the children.

When the children returned to their father’s residence the following evening, they informed him of what had occurred. A deputy then responded to the residence to interview the children and noted seeing red welts on the legs of the children where they said they were shot.

The deputy then went to the stepfather’s residence and interviewed him and the children’s mother.

The stepfather denied shooting the children but said one got hit by a BB and made a big “fuss” about it. The man said he “shot himself with a BB-gun to make sure it wasn’t going to hurt,” according to the deputy’s report.

The mother advised that the child getting hit must have happened by an accident by the other children. The couple then presented the deputy with two rifle-style BB guns that were used during the outing.

The case has been taken over by the Department of Children Services for further investigation. 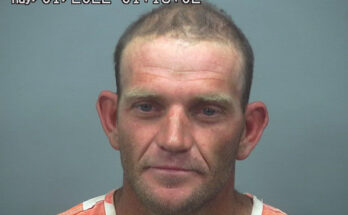