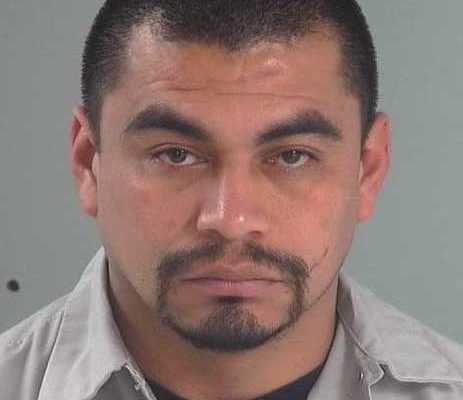 Contributed Photo/Courtesy GCSO: Artemio Sierra rejected a plea agreement and is set to face trial for the death of his daughter, Xiema Sierra.

SAFFORD – Fearful of going to prison, Artemio Sierra, 34, of Pima, rejected a plea agreement Tuesday and instead will likely go to trial for the death of his daughter.

Sierra was scheduled for a change of plea hearing Tuesday but instead decided not to go through with the offer from the state.

His charges stem from an ill-fated ATV ride that ended with the death one of his daughters while injuring another. Authorities and prosecutors allege Sierra was intoxicated at the time of the crash.

Ximena Sierra, 8, and her sister, Ludwyka Sierra, then 9, were riding on the back of a Honda 400 ATV operated by Artemio just before 7:30 p.m. on July 23, 2017, when the vehicle hit a berm. The girls were thrown from the ATV and were knocked unconscious.

A blood test analysis from the Arizona Department of Public Safety’s Crime Lab in Tucson listed Artemio’s blood/alcohol content at .09, which is just over the limit of .08 for a standard DUI charge.

Ximena didn’t have a pulse when she was brought into the Emergency Room at Mt. Graham Regional Medical Center (MGRMC). ER staff managed to restart her heart prior to her being airlifted to Tucson, but she later died at Banner-University Medical Center Tucson on July 28 after being taken off life support due to no brain function.

According to Artemio’s statements to authorities, the ATV was going at about 40 mph when the ATV struck the berm. None of the occupants were wearing helmets as required.

Artemio said he found both his girls unconscious on the ground and bleeding. After managing to restart the ATV, he drove toward his residence but the ATV stalled. He then left his daughters and ran home to retrieve his father’s vehicle, which he then used to transport his daughters to MGRMC. They were then flown to UMC in Tucson.

While at MGRMC, a deputy noticed Artemio showed signs of intoxication and he allegedly admitted to drinking “too many beers throughout the day to count.”

Artemio failed a brief sobriety field test and then his blood was taken for testing purposes and he was released.

Deputies later located the crash site behind a pump storage building in the 9000 block of U.S. Highway 70 roughly 200 yards north of the roadway. ATV tracks leading from a flat roadway into a small berm and ditch were located with several spots of blood on the ground.

Sierra will have another preliminary trial conference before the trial begins.