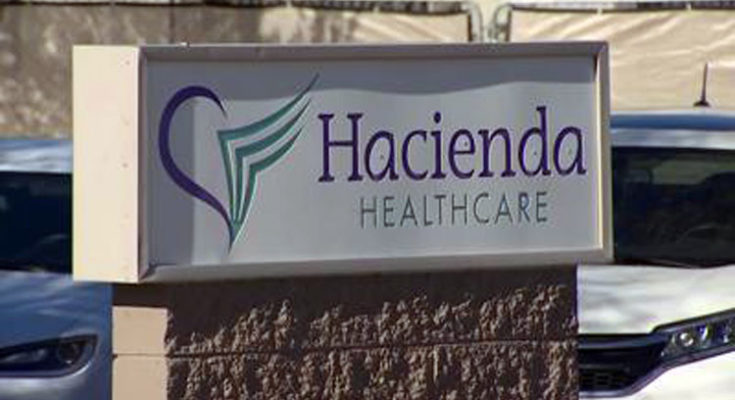 PHOENIX – Nathan Sutherland, 36, was arrested and booked into the Maricopa County Jail on Wednesday on charges of sexual assault and vulnerable adult abuse. He is being held on a $500,000 cash bond.

Sutherland, 36, is a licensed practical nurse and was reportedly one of the caretakers at Hacienda HealthCare Phoenix for a 29-year-old woman who, after being in an at least partial vegetative state since 1992 following a near-drowning accident, gave birth Dec. 29, 2018.

Phoenix police linked Sutherland to the birth of the child through DNA evidence and are continuing to investigate whether he sexually assaulted any of the other patients, according to Phoenix Police Sgt. Tommy Thompson. Police collected a DNA sample from Sutherland on Tuesday using a court order. While he had been employed at Hacienda HealthCare since 2011, he was not working at the center at the time when police retrieved the evidence. After his arrest, he was immediately terminated. Sutherland declined to answer any questions from detectives.

While first being described as being in a coma, the victim’s family, through their attorney, John Micheaels, said that is not entirely correct and that while the victim has “significant intellectual disabilities as a result of seizures very early in her childhood” and doesn’t speak, she can move, respond to sounds, and make facial gestures.

“The important thing here is that contrary to what’s been reported, she is a person, albeit with significant intellectual disabilities. She has feelings, likes to be read to, enjoys soft music, and is capable of responding to people she is familiar with, especially family,” Micheaels said.

While the question of who impregnated the victim may have been answered, the question regarding why nobody who took care of the woman on a daily basis realized she was pregnant until she was actively giving birth is still unknown. Fallout from the incident has led to the resignation of Hacienda HeathCare’s CEO Bill Timmons, and the resignation or suspension of two doctors who cared for her.

On Wednesday, officials at the facility released a statement.

“Every member of the Hacienda organization is troubled beyond words to think that a licensed practical nurse could be capable of seriously harming a patient, the statement read, in part. “Once again, we offer an apology and send our deepest sympathies to the client and her family, to the community and to our agency partners at every level.

Nathan Sutherland, who held a a current state of Arizona practical nurse’s license and who had undergone an extensive background check upon hiring – was terminated from Hacienda the moment our leadership team learned of his arrest.

We will do everything in our power to ensure justice in this case.”

The victim is a member of the San Carlos Apache Tribe and Tribal Chairman Terry Rambler expressed his thoughts on the issue in a statement.

“On behalf of the tribe, I am deeply shocked and horrified at the treatment of one of our members,” Rambler said. “When you have a loved one committed to palliative care, when they are most vulnerable and dependent upon others, you trust their caretakers. Sadly, one of her caretakers was not to be trusted and took advantage of her. It is my hope that justice will be served.”