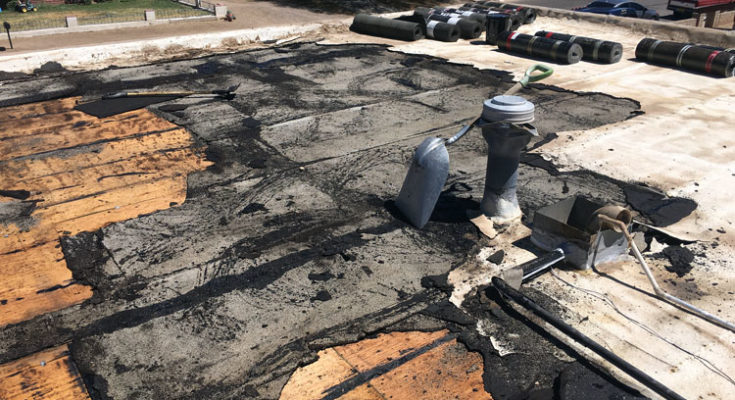 Jon Johnson File Photo: The Arizona Registrar of Contractors has reported that Triple E Roofing has been operating without a roofing license since Nov. 30, 2017.

SAFFORD – On Wednesday, Oct. 3, at approximately 2:52 p.m., Jennie Marie Baker, 39 of Safford, was arrested by the Arizona Department of Public Safety (DPS) on a Failure to Appear warrant related to charges of Contracting Without a License, a Class-1 Misdemeanor.

The case submitted for prosecution stems from an Arizona Registrar of Contractors (AZ ROC) investigation alleging that Baker, doing business as Triple E Roofing, displayed her revoked AZ ROC license number and contracted for a $27,300 roofing project in Willcox, Arizona. Baker was paid $16,500 before abandoning the job.

Baker was first licensed in 2012 and performed roofing work through 2015 without complaint. However, from 2016 to 2018, the AZ ROC investigated a total of 15 complaints with most alleging poor work.

As a result, Baker’s CR-42 Roofing license was revoked Nov. 30, 2017, for poor workmanship, failure to resolve issues found in complaints and failure to pay civil penalties involved with complaints filed against the license.

Since the license was revoked, the AZ ROC has investigated a total of four complaints against Baker for Contracting Without a License for a total amount of $44,800. All four investigations were submitted for prosecution alleging unlicensed contracting activity in Willcox and Thatcher.

Baker was arrested by DPS without incident during a traffic stop on U.S. Highway 191 in Safford. She was transported to the Graham County Sheriff’s Office and released on a $5,000 bond Oct. 4.

The AZ ROC reminds property owners to ask contracting professionals about the status of their license and always check the license by using the agency’s website or by giving the agency a call.

‘Mom, I’m not in the yearbook’