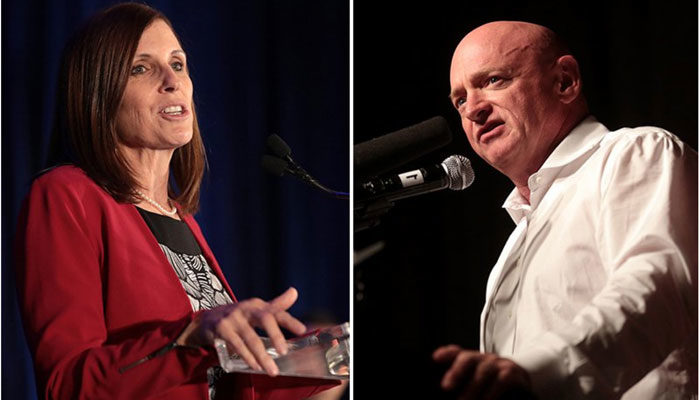 Photos By Gage Skidmore/Creative Commons: Sen. Martha McSally, R-Arizona, and her leading Democratic challenger, Mark Kelly, are expected to be in one of the most hotly contested Senate races in the country.

As we near Election Day, I feel the need to express some thoughts and concerns.

I hope you are aware of light and dark that shows in people’s faces.  If not, take time to notice.

I am very concerned for our country right now.  It is amazing to know that the Democrat party is pro-abortion; they want to raise our taxes; they show their disapproval of our second amendment rights, and will gladly change them if given the approval.

Mark Kelly is part of this group, and if elected, will add his voice to the eventual destruction of our nation.  It is reported that he has close business ties to China, attended a Communist party-linked junket put on by the Chinese government saying it was, “one of the absolute highlights of my life, second only to flying in space,” and even took a communist banner into space.

He has embraced the anti-police rhetoric, hiring a spokesman for his campaign, one week after he tweeted “police are worthless…..pigs.”

Overall, Kelly would be Schumer’s 51st vote in the Senate.

Please note that Senator Martha McSally has a strong record of fighting for Arizona.

Senator Martha McSally is helping to cut taxes, defending our health care, bringing jobs home from China, and helping to secure the border.

She is fighting for us.

Think about light (good) and dark (evil).  I invite you to vote for light.