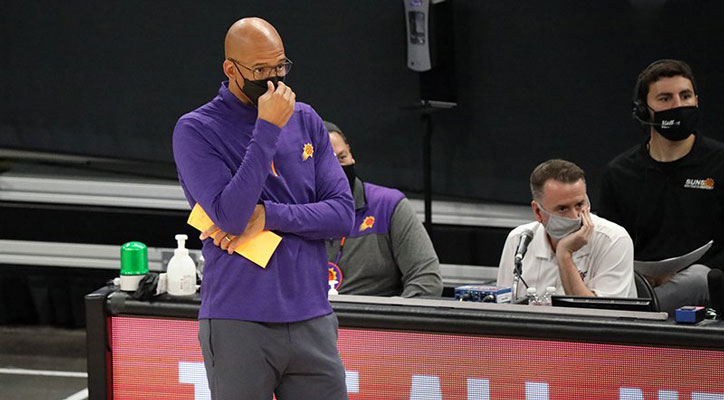 File photo by Alina Nelson/Cronkite News: Phoenix Suns coach Monty Williams knows both of the team’s potential first-round opponents are talented, but he also believes “one through eight in the West is just nutty” and “everybody’s beatable.”

The Phoenix Suns will know soon. With their 123-121 victory over the San Antonio Spurs on Sunday afternoon, they finished the 2020-21 regular season with a 51-21 record and will be the No. 2 seed in the Western Conference playoffs.

The Suns will begin their first postseason run since the 2009-10 season on Saturday or Sunday against the winner of the NBA play-in game between the No. 7 seed and defending champion Los Angeles Lakers and No. 8 Golden State on Wednesday night. That game will tip-off at 7 p.m. MST at Staples Center in Los Angeles.

Even though his team finished four games above the third-seeded Denver Nuggets and posted the best mark against Western Conference opponents this season (30-12), Suns coach Monty Williams said his group is very aware of the challenges their conference could present with its top seven teams finishing at least 12 games above .500.

“Nobody’s going to have an easy matchup, that’s the deal,” Williams said. “So you want to go into the postseason with confidence, but in my opinion, there’s probably going to be a crazy upset or one of the matchups that no one guessed. That’s the way it is because of the parody we have in the league and the injuries that have happened.

“I’m confident about how we’re playing, but we also know that one through eight in the West is just nutty. And everybody’s beatable.”

The Suns played the Lakers and Warriors three times during the season and won two meetings against each team. However, the stakes will be much different in the postseason.

Los Angeles finished with the seventh-best record in the West in large part due to health issues. Superstar forward LeBron James missed 26 games from March 21 to May 12 because of a high ankle sprain, and All-Star forward Anthony Davis did not appear for 30 contests from Feb. 16 to April 19 due to a calf strain.

Both players are back for the Lakers along with starting point guard Dennis Schroder. Los Angeles concluded its regular season with a five-game winning streak, including a 110-98 triumph over the New Orleans Pelicans on Sunday.

Golden State has also played very well of late, winning eight of its last nine games to close the regular season. Superstar point guard Stephen Curry won the NBA scoring title for the second time in his career by averaging 31.8 points per game and has eclipsed 30 points in 20 of his last 22 contests.

Both the Lakers and Warriors defeated the Suns in the last week, leading Williams and others to call for Phoenix to play with more urgency. That will be much-needed against teams who have coaches and players with championship experience.

Ahead of Wednesday’s play-in matchup, here’s a brief overview of how the Suns fared against the Lakers and Warriors this season.

In the first game, the Suns held a seven-point advantage at halftime before All-Star guard Devin Booker was ejected in the third quarter. Leading 70-63 at the time, Phoenix had its lead cut to three at the end of the third before it went on a 10-3 run to open the fourth quarter, leading to a double digit victory.

The Suns were led in that game by backup forward Dario Saric, who had 21 points on 7-of-17 shooting, five rebounds, and three assists. Phoenix’s starters except for point guard Chris Paul finished in double figures, and the Suns’ bench contributed 38 points.

The Lakers were led by James, who had 38 points, six assists, and five rebounds on 16-of-24 shooting without Davis and forward Kyle Kuzma available.

With James, Davis, and backup center Marc Gasol out for the second meeting, the Suns led wire-to-wire for a double-digit victory in Phoenix. Booker and starting center Deandre Ayton each finished with 26 points and Paul had a triple-double with 11 points, 13 assists, and 10 rebounds.

Los Angeles was led in that game by backup forward and reigning NBA Sixth Man of the Year Montrezl Harrell, who had 23 points and 10 rebounds on 10-of-13 shooting. Schroder had 22 points on 8-of-14 shooting and backup guard Talen Horton-Tucker had 17 points on 6-of-16 from the field.

The Suns most recently played the Lakers on May 9, a 123-110 win for Los Angeles. In his first game against Phoenix this season, Davis had a season-high 42 points on 13-of-27 shooting and 15-of-17 from the free-throw line with James, Kuzma, Schroder, and backup forward Markieff Morris all out.

If the Suns play the Lakers in the first round, the matchup could be very different from the regular season. Phoenix is yet to play Los Angeles at full strength, and it is playing as well as any team with James and Davis back from injury.

Given the Lakers’ championship pedigree, they would be a very difficult draw for the Suns in the first round. But if Phoenix can survive the defending champions, it should feel very optimistic about its chances to continue advancing.

The Suns held a five-point lead at halftime and saw their advantage fall to just one in the third quarter before they went on an 11-0 run to build a double-digit edge they never relented. Phoenix led 85-71 after the third and built its lead to as high as 28 points in the fourth.

With an 8-8 record at the time, the Suns’ win started a stretch in which they won 43 of 56 games over the remainder of the regular season. All five of their starters — Paul, forwards Cameron Johnson, Mikal Bridges, Jae Crowder, and Ayton — scored in double figures that game along with forwards Frank Kaminsky and Abdel Nader off the bench.

Curry had 27 points for the Warriors on 10-of-20 shooting, and starting forward Andrew Wiggins had 16 points on 6-of-11 from the field.

The teams met again on March 4, a 120-98 win for the Suns in Phoenix. With Curry and guard Kelly Oubre Jr. out for Golden State, Phoenix built a 20-point lead early in the second quarter and did not let it dissipate throughout the contest.

Only one Suns starter, Booker, played 30 minutes in that game, leading to seven total players to score in double figures. Backup point guard Cameron Payne had a team-high 17 points on 7-of-11 shooting while Warriors guard Jordan Poole led his squad with 26 points in 26 minutes off the bench.

Phoenix and Golden State most recently played last Tuesday, a 122-116 win for the Warriors in San Francisco. The Suns built a lead as large as 16 points in the second quarter and led by six entering the fourth before they were outscored 30-18 in that period, including a late 8-0 run from the Warriors that won them the game.

Phoenix limited Curry to 21 points on 7-of-22 shooting and held Golden State to 11-of-40 from 3-point range as a team, though the Warriors shot 36-of-45 (80 percent) from inside the arc and had 29 second-chance points to stay in the game. Wiggins had a game-high 38 points on 17-of-24 shooting and seven rebounds for Golden State.

The Warriors have been carried to a play-in appearance without All-Star guard Klay Thompson due to the elevated play of Curry, who is playing arguably the best basketball of his career.

They don’t have the same depth of talent from their championship teams a few years ago but remain dangerous with Curry, the defensive versatility of forward Draymond Green, and the presence of coach Steve Kerr, who has helped Golden State maximize its offensive capabilities since he began coaching the team in 2014-15. 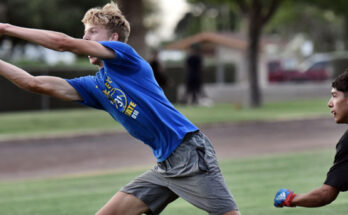 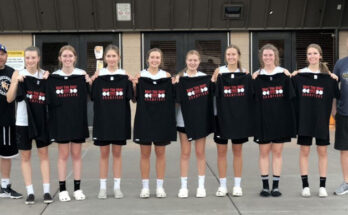 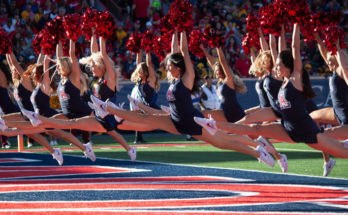