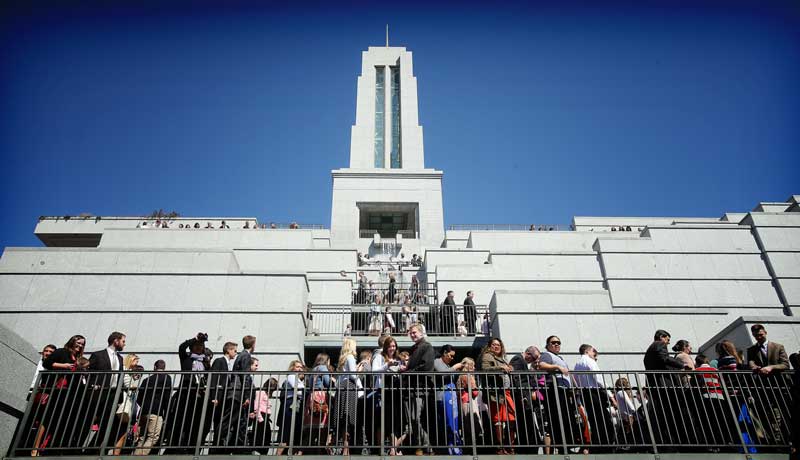 SALT LAKE CITY – The Church of Jesus Christ of Latter-day Saints released a statement regarding the Deferred Action for Childhood Arrivals (DACA) on Friday and implored government leaders to allow those subjects to remain in the United States.

“We call upon our national leaders to create policies that provide hope and opportunities for those, sometimes referred to as “Dreamers,” who grew up here from a young age and for whom this country is their home,” the release stated. “They have built lives, pursued educational opportunities and been employed for years based on the policies that were in place. These individuals have demonstrated a capacity to serve and contribute positively in our society, and we believe they should be granted the opportunity to continue to do so.”

In a proposal released Thursday, President Donald Trump proposed a path to citizenship for roughly 1.8 million undocumented “Dreamers” in exchange for an increase in border security to curb illegal immigration. The proposal was met with resistance from top Democrat representatives.

The majority of roughly 690,000 DACA work permits are set to expire beginning March 5, and President Trump has previously terminated the program in lieu of requiring Congress to pass a new law.

An immigration deal is considered to be necessary to garner enough votes to pass a spending bill to keep the government open. Most Democrats and some Republicans have reportedly said they will not support a long-term spending bill without a new deal on immigration.

The LDS Church stated that while it does not advocate any specific legislative or executive solution, it understands both sides of the issue.

“The Church of Jesus Christ of Latter-day Saint is established in 188 nations around the globe,” the release stated. “Issues of immigration and legal status are of concern for many of our members. Most of our early church members emigrated from foreign lands to live, work, and worship, blessed by the freedoms and opportunities offered in this great nation.”