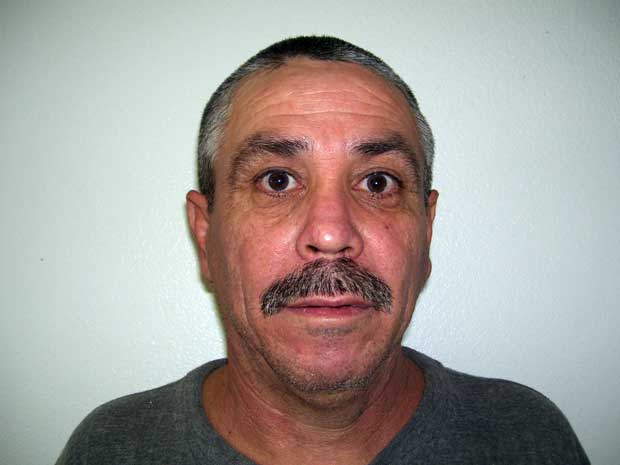 SAFFORD – Emilio Ted Romero, 53, was arrested for tampering with physical evidence after allegedly eating .2 of a gram of heroin when approached by an officer, Friday, Jan. 19.

Romero was taken to Mt. Graham Regional Medical Center, where he was kept for observation, according to a Safford Police report.

The officer initially approached Romero just prior to 10 a.m. after witnessing Romero leave a residence known for criminal activity. The officer was on patrol when he reportedly saw Romero exit the residence with a piece of white plastic that he unwrapped as he walked away from the home.

After pulling up next to the suspect as he walked and informing him of what the officer witnessed, Romero allegedly placed the package containing the heroin in his mouth and ate it.

Romero eventually admitted eating $5 worth of heroin and said he wasn’t worried about an overdose because it was the normal amount he uses.

While at the hospital, Romero allegedly agreed to sign over his medical records and lab test results and was informed that the officer would forward his report to the Graham County Attorney’s Office for review and possible charges of tampering with physical evidence.