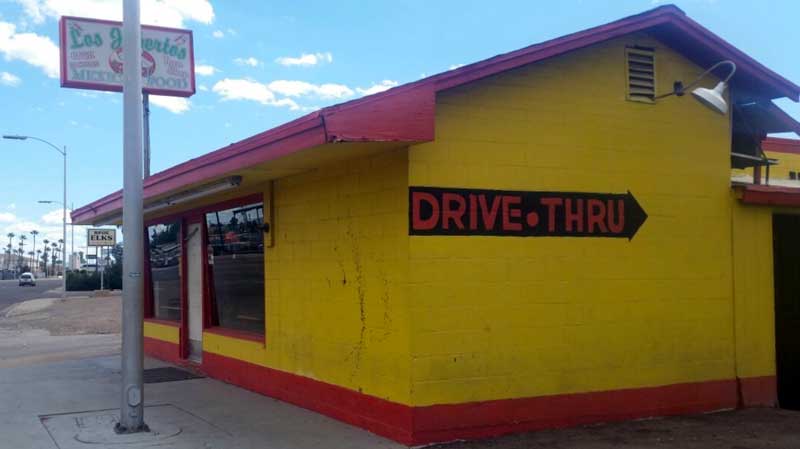 SAFFORD – A late-night craving for some Mexican food resulted in a driver being detained for DUI after rear-ending a vehicle in the drive-through of Los Jilbertos on Monday, Jan. 21.

According to a Safford Police report, Jose Luis Montoya Jr., 34, was driving a red, 2004 Chevy pickup truck into the restaurant’s drive at 215 E. U.S. Highway 70 and failed to stop before hitting another vehicle already waiting for their food. The stationary vehicle had two adult occupants and a 2-year-old boy. According to the report, the vehicle did not suffer any damage in the minor contact.

An occupant in the stationary vehicle said he approached Montoya and told him that he “looked drunk.” Montoya allegedly advised he was indeed intoxicated. That’s when the victims called for the police, who were dispatched to the scene at about 10:43 p.m.

Upon arrival, Montoya was still in the drive-through lane. The responding officer noted a distinct odor of alcohol and that Montoya’s speech was slurred and he had red, watery eyes. Montoya allegedly told the officer that he had consumed six beers that night.

After failing a field sobriety test, Montoya was taken into custody and placed in handcuffs. Montoya’s passenger said he had been drinking that night and was unable to drive, so a third party arrived and took possession of the truck.

Montoya was taken back to the Safford Police Department, where he submitted to a blood draw. Montoya was then released to the third party with DUI charges pending lab test results of his blood.