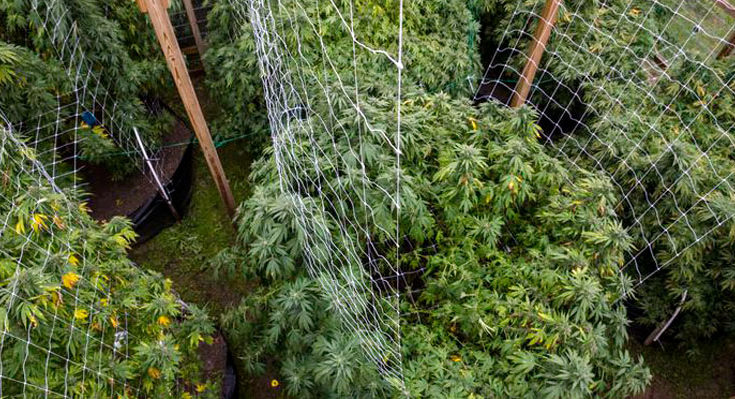 Fence of outdoor grow area not compliant with AMMA

“He who represents himself has a fool for a client”

SAFFORD – A man with a medical marijuana identification card with a cultivation endorsement was found guilty of illegal production of marijuana by a jury Feb. 6.

Harley Odell Wells served as his own attorney during the trial despite being offered and, indeed, encouraged to accept court-appointed counsel.

At issue was the type of material used for the fencing. In the 2010 voter-approved Arizona Medical Marijuana Act (AMMA), the type of fencing to be used states an outdoor cultivation area must be an enclosed, locked facility through the use of solid, 10-foot walls constructed of metal, concrete, or stone which prevents viewing of the plants and the door shall be a one-inch thick metal gate. Wells’ grow fences were constructed out of see-through chain link fencing and one grow area’s fence went as low as eight feet in a spot. Additionally, the doors were also made out of either wire mesh or chain link, while they were locked.

The two-day trial consisted of eight jurors who found that Wells had not adhered to the regulations set forth in the AMMA regarding fencing for an outdoor grow. However, for some jurors, that decision did not come so easily.

“He was definitely guilty of breaking the law, but I don’t feel like he committed a crime,” juror Michele Peterson told the Gila Herald. “All of us jurors felt bad about the outcome and wished we knew a way around it. I personally wished I had taken the time to find out exactly what my powers were as a juror, but I didn’t think I’d be picked. We wished he had an attorney. We felt like there was more to the case that wasn’t shared. But, in the end, his fence wasn’t a solid wall, so now it’s up to the judge to decide how much he should be punished for that.”

Wells is scheduled to be sentenced March 3, at 10 a.m. and is looking at a sentencing range from probation up to 2.5 years in prison. The sentence will be at the discretion of Graham County Superior Court Judge Michael D. Peterson.