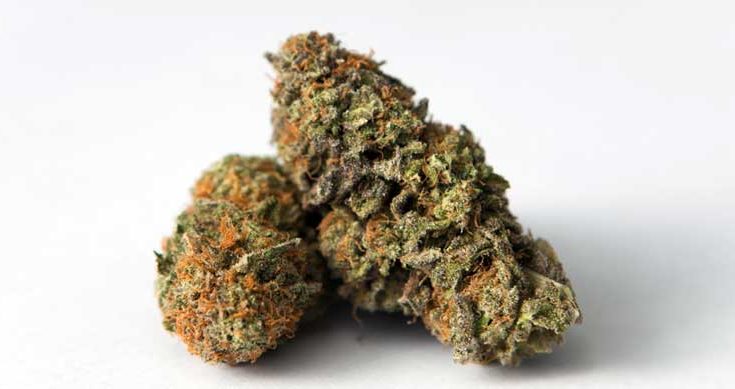 A 14-year-old student at Safford Middle School was recently arrested after authorities located two marijuana buds in his backpack while the student was at school. Pictured are two buds of the Grape Ape variety.

SAFFORD – It appears someone might have mistaken the notion of “higher learning.”

A Safford Middle School student was referred to Graham County Juvenile Probation on Tuesday, Feb. 6, after being caught with a couple of grams of marijuana on campus.

According to a Safford Police report, an officer was at the school 2 p.m. with the assistant principal investigating a fight between students when they were informed that a 14-year-old student had some cannabis in his backpack.

The student was escorted to the administration office and the contraband was located in a red container in the backpack.

After initially advising he was simply holding the weed for a classmate, the student allegedly admitted to purchasing two grams of marijuana from the classmate for $25.

The suspected dealer was also interviewed and denied any knowledge of the situation and said he did not sell anything to anyone.

The 14-year-old student was arrested for possession of marijuana and was referred to Graham County Juvenile Probation.