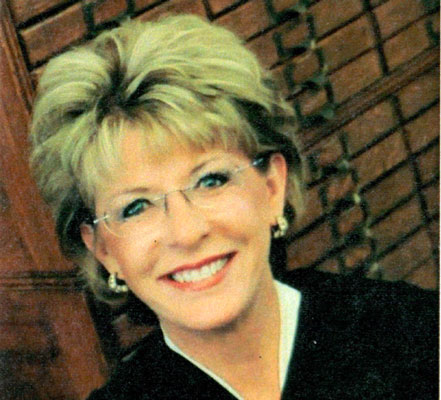 CLIFTON – After 24 years on the bench, Greenlee County Superior Court Judge Monica L. Stauffer will retire at the end of this month with former Greenlee County Attorney Jeremy Ford elected to take her place.

Earlier this year, Judge Stauffer was awarded Judge of the Year by the Arizona Superior Court. The award goes to one judge chosen by all the justices for consistently demonstrating judicial excellence and service to the Arizona Judicial Branch.

Judge Stauffer was born and raised in Hereford, Texas, and received her Bachelor of Arts Degree from Texas Tech University in May 1978 with a major in psychology. She received her Master’s Degree in psychology from Adams State College in 1979 and worked in the counseling profession from then until 1983 when she enrolled in law school at California Western School of Law in San Diego. At law school, Judge Stuffer received the Jurisprudence Award for trial practice, was a member of the honors board, and was the student commencement speaker at graduation.

She became a solo practitioner practicing mostly in Graham and Greenlee counties from 1990 – 1998 and clerked for former Greenlee County Superior Court Judge Allen Minker, who convinced her to run for judge.

“Monica had her own practice from 1990 through 1998, when she took Judge Minker’s advice and ran for superior court judge,” said Arizona Supreme Court Vice Chief Justice Ann A Scott Timmer at the 2022 Judicial Conference where Judge Stauffer received her award. “She was the first, and only female superior court judge in Greenlee County (and a registered Republican at that!). She has successfully run for reelection five times.  And because she’s the only superior court judge in the county, she also serves as its Presiding Judge. Judge Stauffer has assumed several leadership positions with organizations including as dean of the Judicial College of Arizona and president of the Arizona Judges Association. She served on the Arizona Judicial Council and various committees throughout her career and has presented programs at this conference, as well as the State Bar of Arizona’s annual convention.”

“Judge Stauffer is more than deserving of this recognition for her contributions to judicial excellence during the 24 years she’s served Greenlee County, and in fact, the State of Arizona. That said, I’m delighted to also congratulate her on her upcoming retirement at the end of this year—where she’ll enjoy spending time with her husband and working in their cattle business.”