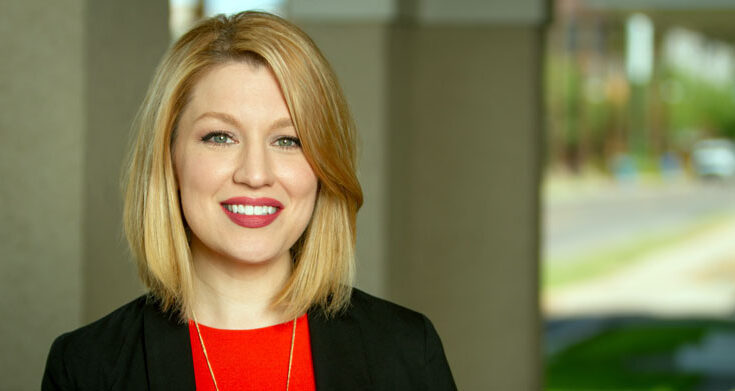 PHOENIX—The Arizona Community Foundation (ACF) is pleased to announce that Jaime Dempsey will be joining the Foundation as Senior Vice President, Philanthropic Initiatives beginning in mid-June. This new position, created as a result of ACF’s recent reorganization, will focus on ACF’s innovation prizes, philanthropic initiatives, development of the Newton & Betty Rosenzweig Fund for the Arts, strategic grantmaking, and relationship building across the state. Dempsey brings with her considerable experience in public policy, statewide grantmaking, relationships with the Arizona legislature, the Governor’s office, and the other large foundations across the state.

Dempsey comes to ACF from the Arizona Commission for the Arts, a statewide organization governed by 15 Commissioners appointed by the Governor, where she served as Executive Director since 2017. Under her leadership, the 54-year-old agency reimagined the role of a state arts agency working with arts practitioners and community members, prioritizing agility, responsiveness, and diverse intra- and cross-sector partnerships. During her tenure, the Arts Commission provided leadership on behalf of a complex, multidimensional arts sector and worked to actively undo hierarchical practices and barriers to access.

“We are honored to have Jaime join ACF in this important role,” said Steve Seleznow, ACF President & CEO. “I have worked with Jaime for many years and have admired her exceptional and creative leadership. Her experience and expertise will be a perfect fit for the role as we continue to build relationships and programs across the state.”

ACF is constantly adapting to a changing marketplace, changing conditions, and the special needs of its growing donor base. The organizational structure continues to evolve based on the goals established by ACF’s current strategic business plan. Dempsey will join the executive leadership team and report to ACF’s new Chief Program & Community Engagement Officer, Lisa Urias, who joined the foundation earlier this month. Under this new leadership structure, the former community team will now oversee all of the foundation’s programs and initiatives

“Jaime is a true professional, a passionate advocate for artists and organizations, and a determined champion for Arizona’s arts sector,” said Mark Feldman, Chair of the Arts Commission. “Though she will be missed at the Arts Commission, she leaves the agency in the capable hands of its talented and resourceful team. We are excited for Jaime in this career transition and eager to see how she will discover new ways to support an array of issues impacting the public good.”

Dempsey began her tenure with the Arts Commission in 2006 as Deputy Director. In August 2017, she accepted the position of Executive Director following the retirement of her predecessor, Robert C. Booker.

As Executive Director of the 54-year-old agency, Dempsey led a team dedicated to reimagining the role of a state arts agency in relationship with arts practitioners and community members, prioritizing agility, responsiveness, and diverse intra- and cross-sector partnerships. Additionally, during Dempsey’s tenure, the Arts Commission endeavored to provide more assertive leadership on behalf of a complex, multidimensional arts sector, and to actively undo hierarchical practices and barriers to access.

“It has been a powerful gift and honor, being a part of the Arts Commission’s trajectory over the last 15 years,” said Dempsey. “I have learned so much about Arizona’s creative potential while working alongside the most brilliant colleagues, dedicated board members, and remarkable partners across the state. I look forward to continuing and strengthening our collaborations from my new role at ACF.”

Dempsey currently serves as a member of the board of directors for Grantmakers in the Arts, a national service organization that holds racial justice in American philanthropy as a core priority. She completed a 2013 Flinn-Brown Fellowship with the Arizona Center for Civic Leadership, receiving the center’s 2018 Network Builder Award, and received a 2017 Gabe Zimmerman Award for Public Service from the Center for the Future of Arizona. Dempsey considers her experience as a collaborative performing artist to be central to her perspectives and practices across all areas of her work.

The philanthropy business unit has also been restructured under the newly-promoted Chief Development Officer, Kimberly Kur. With 20 years of experience at ACF, Kur will now oversee all activities related to development and donor engagement.

In addition to leading the foundation’s efforts in education and scholarships and its public policy agenda, Glenn Wike, recently promoted to Senior Vice President, Strategy & Community Investment, will now oversee the grants management team, the Pakis Center for Business Philanthropy, and ACF’s supporting organizations. Morgan Bishop Fraser will now report to Wike and has been promoted to Executive Director of the Pakis Center.

In anticipation of future needs, Casey Stevens has been promoted to Vice President, Investments and Anna Martuscelli has been promoted to Director, Board Relations / Executive Assistant to the President & CEO. As of April 12, Heidi North has joined ACF’s finance team in the newly-created position of Director, Accounting. North previously spent 16 years with the New York Community Trust.

“The foundation continues to grow in fund development and assets under management and this growth has created the need to expand our leadership to keep pace with the complexity of the organization,” said Seleznow. “We will continue to adapt to the business changes and increase our leadership following the largest fiscal year growth in the history of the organization.”

Below the leadership level, additional staffing changes and promotions are also underway to ensure the foundation has the support that is needed to serve ACF donors, partners, and community members.

Established in 1978, the Arizona Community Foundation is a statewide family of charitable funds supported by thousands of Arizonans. With five regional offices serving communities across Arizona, ACF is among the top 25 community foundations in the nation with more than $1 billion in trust and endowment assets, is certified under the National Standards for U.S. Community Foundation, and has received the highest 4-star rating from Charity Navigator for 10 consecutive years. Since its inception, ACF and its affiliates have awarded more than $1 billion in grants, scholarships, and loans to nonprofit organizations, schools, and government agencies. More information is available at azfoundation.org.