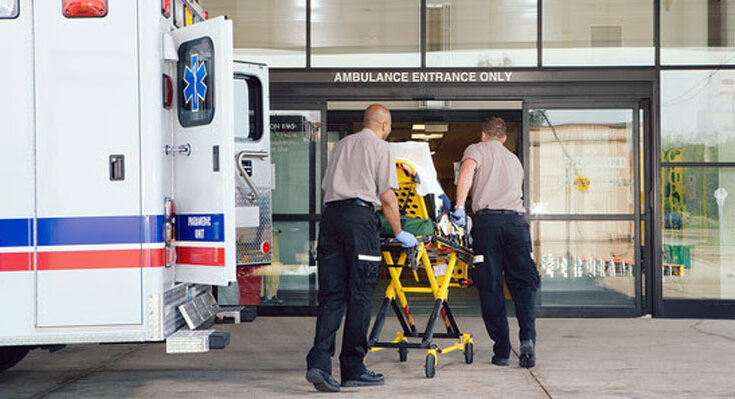 WASHINGTON D.C. – Racial disparities in the mortality impact of the pandemic vary widely across U.S. states and are even more pronounced when accounting for age, according to independent research by the U.S. Census Bureau.

A recent research paper also shows that the total reported death toll from COVID-19 actually undercounts mortality. That’s because it does not take into account factors indirectly associated with the pandemic, including people who died because they delayed health care.

Understanding the total death toll of the current pandemic requires measuring what’s called “excess all-cause mortality,” which provides an estimate of the additional number of deaths from any cause — not just from COVID-19 infections — beyond what is normally expected during a given period.

For example, some may have died of heart attacks or uncontrolled diabetes because they delayed seeking health care for fear of catching the virus. Others may have suffered anxiety and depression from related job loss and financial uncertainty, which may have led them to take their own lives.

This measure also captures any reduction in mortality that can be attributed to the pandemic, such as decreased seasonal influenza (more people staying home and wearing masks) or improved air quality (less pollution as fewer drive to work).

Measuring both direct and indirect impacts on mortality paints a more complete picture of the devastation caused by the ongoing COVID-19 pandemic. Excess all-cause mortality is calculated by taking the difference between expected (based on historical trends) and observed mortality during a given period.

Recent research indicates that excess all-cause mortality was 2.4 per 10,000 individuals in the United States in April 2020  –  the first full month of the pandemic – which represents about 30% more deaths than the number of COVID deaths reported in that month.

Excess all-cause mortality in April 2020 increased with age. Mortality from the direct and indirect impact of the pandemic was highly concentrated in older age groups.

While individuals 85 years old and older accounted for only 3% of the U.S. population ages 25 years and older, they accounted for a disproportionate 34% of the overall excess mortality in the country during the first full month.

Research based on individual-level administrative data (that nearly covers the universe of the U.S. population) from January 2011 through April 2020, found a significant deviation in mortality from the historic trend for all race and ethnicity groups (Figure 3).

Racial disparities were even larger after adjusting for differences in age distributions.

There are large differences in age distribution across race groups and it is important to account for age when comparing excess mortality across racial groups.

Without adjusting for age differences, excess mortality overstates the impact of the pandemic on White, non-Hispanic individuals who are, on average, older relative to other racial groups, and it understates it for all other racial and ethnic groups.

Racial disparities in the mortality impact of the pandemic in April 2020 were more pronounced when controlling for other demographic characteristics and geographic location.

Even when adjusting for sex and age differences across race and ethnicity, racial gaps in excess all-cause mortality during April 2020 were not uniform across all states.

This research shows the breadth of factors affecting the indirect impact of the virus.

These findings are limited to the impact of the pandemic in April 2020. Future research is needed to evaluate the trajectory of these impacts since then.

It is also important to study the causes and consequences of racial disparities in the pandemic’s impact on mortality. For example: Why are there significant geographic differences in racial disparities? What role do social and environmental factors, such as income, education, and occupation, play?

The Census Bureau’s existing data from surveys, decennial censuses, and administrative records, along with the ability to link data across all sources and over time, is invaluable in understanding health disparities during the ongoing pandemic and beyond.

Victoria Udalova is a senior economist and program manager of the Enhancing Health Data (EHealth) program at the U.S. Census Bureau.