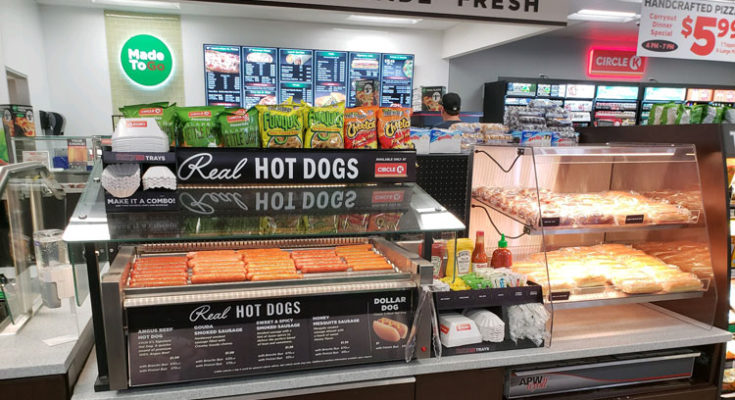 The Circle K in east Safford has a wide selection of food. One suspect who took advantage of the offerings by repeatedly not paying for them has been trespassed from the store.

SAFFORD – Dennis Andrew Weddle, 45, was trespassed from the Circle K on Sunday morning after allegedly stealing a hot dog and a soda.

An officer was dispatched at about 8:34 a.m. to the Circle K at 1542 E. U.S. Highway 70 regarding a shoplifting incident. Upon arrival, an employee said a man who has repeatedly stolen food from the store took a hot dog and a soda and left without paying for the items. The manager advised if the shoplifter was caught that the store would press charges and that if he had just asked they might have been able to get him something to eat.

The officer located Weddle walking along U.S. Highway 70 and asked him about the incident. Weddle allegedly admitted to taking the hot dog and soda and said he did so because he was hungry and just needed something to eat.