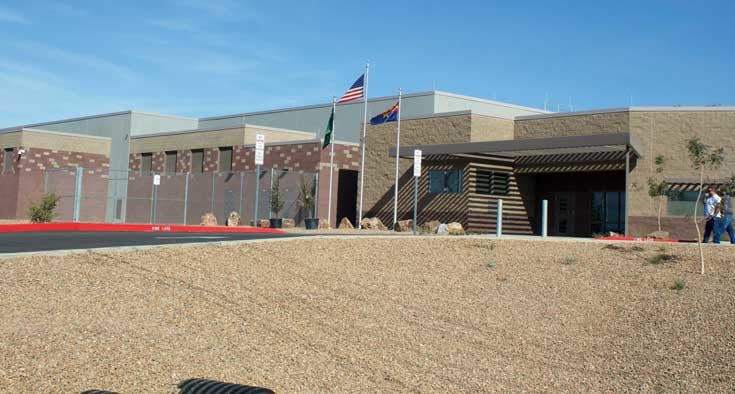 Jon Johnson File Photo/Gila Herald: The $25 million Graham County Adult Detention Facility is the crown jewel for the county’s law enforcement, yet it is not able to house severely intoxicated prisoners.

SAFFORD – Thanks to Graham County voters, the area has the new Graham County Adult Detention Facility, which is the pride of the county’s law enforcement community. However, one thing the facility lacks is a holding area for intoxicated individuals and staffing to secure their safety.

According to a Safford Police report, Sonny Jones was arrested for assault Nov. 27 but was given a citation for assault and released rather than booked into the jail due to his level of intoxication. Jones allegedly pushed a homeless woman to the ground and kicked her while they and others camped out behind the Valley Motel. The victim was transported to Mt. Graham Regional Medical Center for treatment.

While the jail’s purpose is to house inmates either awaiting a resolution to cases or those ordered for a short stay, it also has multiple facilities to assist the inmates, including classroom facilities with a smart board and a medical room complete with a laboratory, pharmacy, lockdown room for contagions and exam rooms.