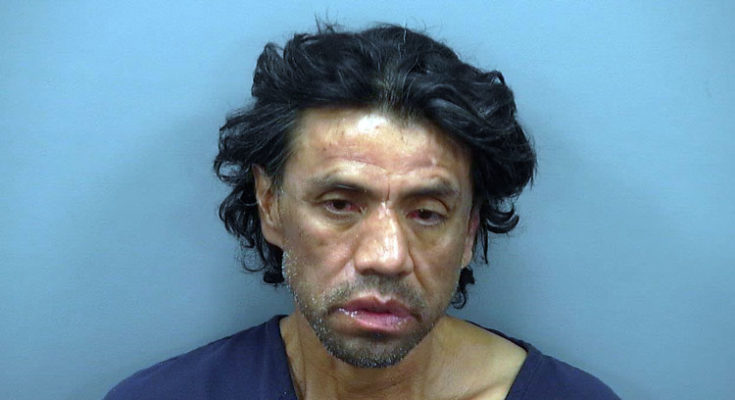 Contributed Photo/Courtesy GCSO: Jonathan Wilson was booked into the jail on charges of disorderly conduct and criminal trespass in the second degree after harassing employees at a motel and restaurant.

SAFFORD – Jonathan Wilson, 50, a man with a long rap sheet regarding misbehavior while intoxicated, was jailed again Thursday, Sept. 6, for his usual M.O.

Officers were initially dispatched to the Best Western at 1391 W. Thatcher Blvd. at about 9:35 p.m. regarding Wilson threatening an employee.

Wilson was located and detained in front of the main office.

According to a Safford Police report, the employee said Wilson entered the lobby and began cursing at her while demanding food. The employee noticed Wilson appeared intoxicated and asked him to leave but he instead made threats that he would physically harm her, including that he would kill her. The report states the employee was visibly shaken up by the experience and was crying.

As the officer was finishing up at the Best Western, Graham County Dispatch alerted that a Pizza Hut employee was reporting a similar incident that had just happened a few minutes earlier.

The employee said Wison, who had previously been trespassed from the restaurant, came in demanding free food and was refused service due to his belligerent behavior. She said Wilson then began yelling and cursing at her.

Wilson was placed under arrest for two counts of disorderly conduct and one count of criminal trespass in the second degree. He was taken to Mt. Graham Regional Medical Center to be medically cleared before being accepted at the Graham County Adult Detention Facility.

During the process, Wilson remained belligerent and allegedly made threats against the officers.