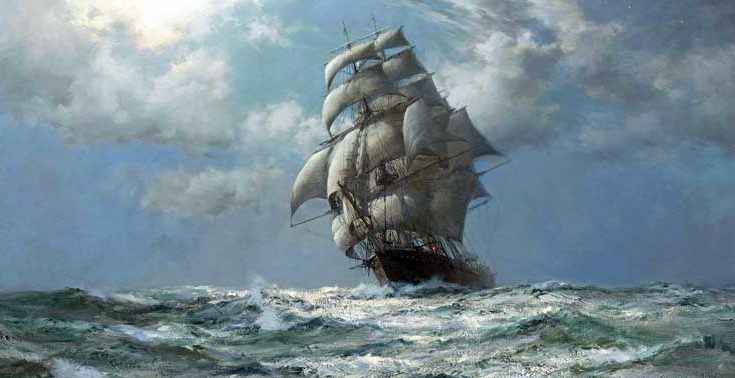 Without home rule, the town of Clifton sets sail into unfriendly waters.

We are situated in the high desert of Arizona but let us for a moment think in naval terms as if we were on the high seas. Think in terms of the town being a ship, the USS Clifton. Now think of an Arizona state regulation, expenditure limitation (EL), as a torpedo that could sink the Clifton financially.

Clifton has for years now been able to dodge the danger of expenditure limitation. It has done so with home rule, which is voted on every four years by Clifton voters.

The concept of state-imposed EL may sound good to some to keep spending in line – or so it would seem. The truth is that it is a means by which to bring municipalities to their knees. It will cause tremendous harm to a town’s ability to seek its own destiny. it will sink a town’s means to fund special projects, especially those vital to a town’s infrastructure needs

Take, for example, Clifton’s wastewater treatment plant, which is in dire need not only of major repair but total replacement. It has been several years that Clifton has needed to build a new plant. The money just has not been available to do so. It has been as though the USS Clifton has had to rely on lifeboats to make repairs here and there.

Finally, the town has found funding sources, through federal and regional grants, to build a new facility. If not for home rule, state expenditure limitation would disallow the town to use the money it has found to permanently address the wastewater plant issue.

Without home rule, the town would undoubtedly have to make cuts in basic services and proposed projects, all of which address infrastructure as in street improvements and certainly a new wastewater plant.

Clifton’s residents will again vote on home rule this August. It will be one of the most important issues Clifton voters will cast regarding the future and well being of their community.

For now, the local focus should be on home rule. Without it, we will be in deep, unfriendly waters. Make that unhealthy, stinking waters that are not fit for the USS Clifton to sail forward in.

It is critical that Clifton voters continue to determine the town’s course and not allow the state to torpedo how our local government functions and run it aground.