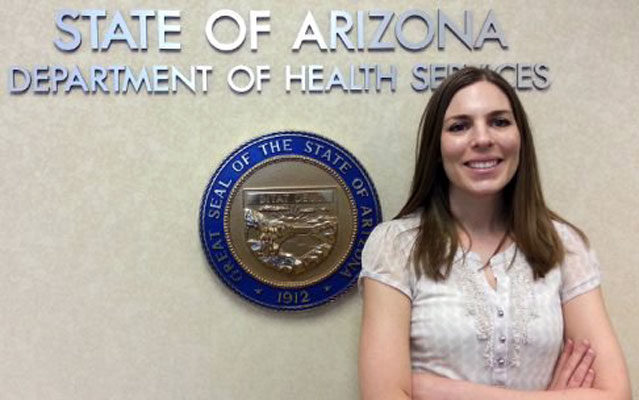 Photo By Alicia Canales/Cronkite News: Jessica Rigler, assistant director at the Arizona Department of Health Services, says the best way to prevent contracting hepatitis A is by being vaccinated and thoroughly washing your hands after using the restroom.

PHOENIX – A national outbreak of hepatitis A, which can cause nausea, jaundice and, in rare cases, kill, is sweeping through the state, Arizona health officials reported.

Two people have died of the liver disease in Arizona. Since November, 353 cases have been reported, according to the Arizona Department of Health Services. Nearly 90 of those cases were reported in May in eight counties, including Maricopa County, the state’s most populated.

The best ways to protect against the highly contagious virus are to wash your hands regularly and get a vaccination, DHS said. Hepatitis A is contracted by eating food or drinking water contaminated with the virus through feces. That happens when an infected person does not wash his or her hands properly after using the restroom.

“If you are experiencing any symptoms of concern it is important to reach out to your health care provider,” said Jessica Rigler, DHS assistant director. “There is no treatment for hepatitis A.”

Mass produced food can be at risk. Last week, the U.S. Food and Drug Administration alerted consumers of a hepatitis A virus contamination of certain kinds of frozen blackberries under the Kroger “Private Selection” brands. According to the FDA, there have been no reported cases of hepatitis A linked to the consumption of the blackberries.

“Every year, we will often see smaller outbreaks of hepatitis A that are associated with a contaminated food product,” Rigler said.

About 80% of people who contracted hepatitis A over the course of seven months had to be hospitalized. Groups at a high risk of infection include young children or workers in child care, people who are homeless, use drugs or have been incarcerated, according to DHS.

State health officials encourage those who are at a high risk to contract the virus to receive a hepatitis A vaccination. They recommend it for food-service workers, child-care workers, and children who are at least 1-year-old and in a child care setting.

About 20 states are experiencing an outbreak of the virus, including nearly 4,700 cases in Kentucky and about 3,000 in Ohio, according to the Centers for Disease Control and Prevention. Nationally, 189 people have died over three years. 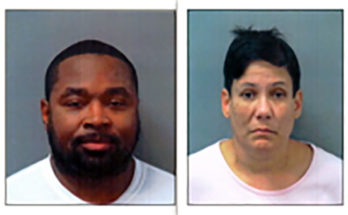