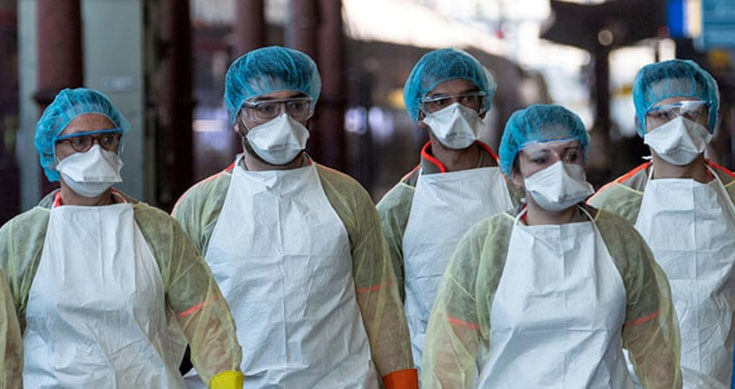 Thatcher resident is area’s 51st death due to COVID-19

SAFFORD – Graham County noticed a surge of COVID-19 cases and deaths in the weeks following the Thanksgiving holiday, and there is cause for concern the same result will occur in the next few weeks as well.

Data released by the Arizona Department of Health Services on Thursday for the week of Dec. 13 shows Graham County leading the state in percent positive COVID-19 testing rate at a whopping 37 percent.

That could indicate a variety of things, however, what it basically states is that 37 percent of all those from Graham County who were tested for COVID-19 during the week of Dec. 13 tested positive for the virus. Those numbers do not include the recent outbreak at the Federal Corrections Institute-Safford, as that occurred after this data week.

That data set is, again, from the week of Dec. 13 and does not necessarily reflect the current rate of spread as other counties have seen significant increases in the past few days.

On Thursday, the Graham County Department of Health and Human Services (GCDHHS) announced that 2,140 cases of COVID-19 out of a total of 3,228 cases are now listed as recovered. That leaves a current number of 1,038 active cases for Graham County, and 51 deaths. The new death announced Thursday was of a Thatcher resident in the 65 and older age group.

According to the GCDHHS, the county saw an increase of 48 new positive tests on Thursday to increase the total for the pandemic to 3,228. Out of those, there have been 51 deaths attributed to COVID-19, most being those over the age of 65.

Out of the new cases reported Thursday, 32 came from Safford, nine from Thatcher, five from the San Carlos Apache Tribe, and two from Pima.

Additionally, the increased numbers for the Safford zip code have been aided by an outbreak at the Federal Correctional Institution-Safford (FCI-Safford).

According to the Bureau of Prisons, FCI-Safford – located on Highway 366 (Swift Trail) just west of U.S. Highway 191 – has 320 inmates who are actively positive for COVID-19 – along with 14 staff members – as of Thursday, Dec. 31. The BOP also lists 56 inmates who have recovered from the virus along with two staff members.

The FCI-Safford institution numbers are currently the third-highest for active cases in BOP’s 127 facilities nationwide, with only Fort Dix-FCI (442) in New Jersey and Terre Haute USP (349) in Indiana reporting more current active cases.

Greenlee County added eight new COVID-19 cases on Wednesday to increase its total to 406, however, it still has the least out of any county in Arizona and has the least amount of spread per capita as well.

As of Wednesday, the Greenlee County Health Department has administered 3,668 tests, with 3,262 negative results, and 406 positives.

On Thursday, the ADHS listed 7,718 new cases to bring its total for the pandemic to 520,207 in Arizona. The department also listed 146 new deaths on Thursday, to bring the total for Arizona to 8,864 dead attributed to COVID-19.