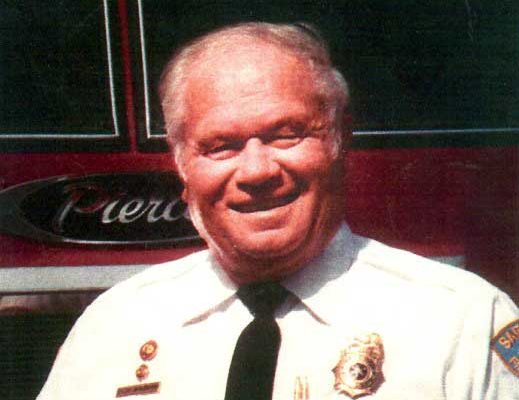 Flags across the Gila Valley, state and nation are at half-mast in honor of the passing of John McCain. In Safford, the honor is also bestowed upon Richard Kay “Dick” Bingham. Another man with a rich legacy of contributing to his community and country.

Dick left this mortal world Tuesday, Aug. 28 after battling an illness. He was 87 years old.

Dick was born May 28, 1931, to Richard and Euphrasia Foote Bingham. He had six siblings; a sister named Geneva and five brothers; Grant, Clifford, Norman, George, and his fraternal twin, Robert “Bob”.  Dick was active from an early age playing hours on end outside near his home on 12th street in Safford. He learned the value of hard work early on helping his father in the family freighting business.

Dick was a standout athlete for Safford High School becoming a four-year letterman in football and track, which was a rare feat.  He was named to the Arizona All-State football team his senior year in 1950 and was honored by getting to play in the Arizona High School All-Star game that same year. He received a full scholarship to play football for Eastern Arizona College. Dick excelled enough to receive a full scholarship offer to play football for Northern Arizona University in Flagstaff, but before he could attend, the Korean War broke out and his destiny would change.

Dick and his twin brother Bob joined two other childhood friends and enlisted in the U.S. Navy. Dick and Bob spent four years in the Navy, two of which were spent aboard the USS Mt. McKinley, where they experienced combat in the Korean Peninsula. The last two years of their enlistment was spent on the Island of Guam, where they were able to play football for the Naval Forces football team. The two were discharged October 7, 1954.

After returning home to Safford, Dick met Mryna Rae Carnes and, after a brief whirlwind romance, the two decided to get married.  The young couple made their home two blocks down the road from where Dick grew up near Lafe Nelson School. In 1955, they welcomed their first daughter, Brenda. Three years later, another girl, Darlene, was born. Five years after that, their family was complete when they had a boy, Robert “Scott”.

Dick spent the rest of his life in service to his community in numerous capacities, including as an active member of the Church of Jesus Christ of Latter-day Saints, a member of the American Legion, and the Elks Lodge. Dick loved being outdoors and was an avid hunter and competition shooter. Many days were spent camping with family on Mount Graham, which he absolutely loved.

One of the most important things in his life was the Safford Fire Department and the fire service in general. He had a long and illustrious 32-year career as a volunteer firefighter, including eight years as chief of the department. He revolutionized the way volunteer firefighters all across the state trained and remained proficient in their skills. Bingham traveled all around the state as a master trainer, teaching fire science and fireground tactics to countless volunteer and career fire departments. Dick was a member of the Arizona State Fire School Training Committee and never missed an annual State Fire School. Dick was also blessed to have a long career as a state deputy fire marshal, serving Graham, Greenlee, and Cochise counties. In 2008, he became just the second volunteer firefighter ever to be inducted in the Arizona Fire Service Hall of Fame.

Dick was preceded in death by his wife Mryna Rae Carnes Bingham, as well as his parents and all of his siblings.

A viewing will be held Friday, Sept. 7, from 6 – 8 p.m. at the McDougal’s Caldwell Funeral Chapel and again Saturday morning at The Church of Jesus Christ of Latter-day Saints Safford Stake Center, beginning at 10 a.m. The funeral service will begin at 11 a.m., followed by Graveside Military and Fire Department honors and interment in the Safford Cemetery.