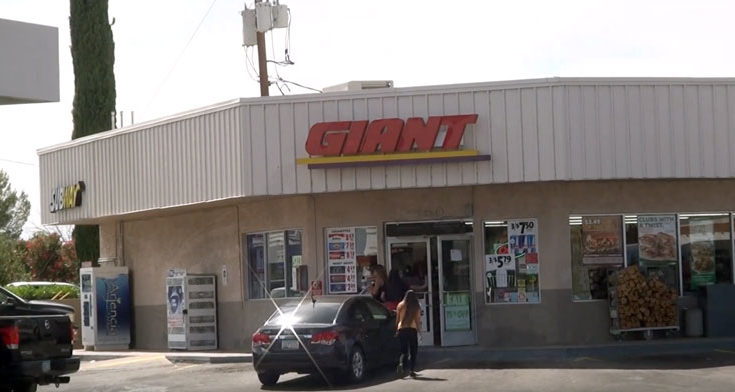 Jon Johnson Photo/Gila Herald: All of the Giant Gas stations are being rebranded as Speedway stations.

GRAHAM COUNTY – If you visited a Giant gas station in the Gila Valley recently, you may have noticed the interior looking a little different.

The change is due to a $23.3 billion merger in 2018 between Marathon Petroleum Corp. and Andeavor. In the merger, Marathon, which operates Speedway service stations as its main retail arm, acquired all of Andeavor’s outstanding shares and created the largest refiner in the United States with a capacity to produce more than 3 million barrels of oil per day.

Marathon Petroleum Corp. is based in Findlay, Ohio and was mostly seen east of the Mississippi River. The merger combines Marathon’s refineries in the east with San Antonio-based Andeavor’s refineries in the west, including Western Refining Inc., which Andeavor acquired for $6.4 billion in 2017. Andeavor’s retail markets include Shell, Exxon, Mobil, Tesoro, USA Gasoline, and Giant.

The rebranding of the Giant gas stations began in Texas after the merger and now has spread into New Mexico and Arizona and the Giant gas stations throughout the Gila Valley before continuing onto California. At the time of the merger, Marathon’s subsidiary, Speedway LLC, already owned and operated about 2,740 convenience stores; now Marathon’s convenience stores will ultimately grow to about 8,800 stores nationwide.

On Thursday, workers were busy installing new lighting at the Safford store at the intersection of 8th Street and 8th Avenue, as well as new decor along the walls. The stores will ultimately be turned entirely into Speedway service stations and the Giant Rewards tags will be replaced with Speedy Rewards tags.

However, beyond the aesthetic differences, the change is basically in name only as the gas will be the same and the merchandise will be more or less the same, according to store representatives. There is one noticeable change that has been already been done for months as the stores’ now offer any size fountain drinks for the lowest prices in the Gila Valley at just 69 cents.