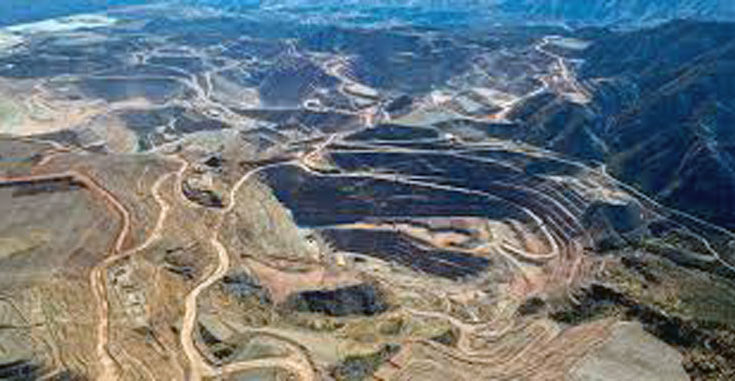 Freeport McMoRan Inc. owns and operates the Morenci Mine in Greenlee County and the Safford Mine in Graham County.

Suspends operations at Chino mine in New Mexico after virus outbreak

A letter from Senior Vice President and Chief Administrative Officer Steve Higgins was reportedly sent out on Wednesday, April 15, and outlined the new initiatives.

Some of the measures include implementing a hiring freeze and rescinding all job offers as well as suspending its summer intern program. Higgins advised the company would also announce furloughs at its operating sites in the coming weeks as well as suspend its quarterly Safe Production Bonus program through the end of the year, including the first quarter 2020 payment. A check on its website showed only four jobs open in the entire company, all of them for its operation in Papua, Indonesia.

The company will also offer a voluntary “enhanced separation program” to certain groups and individuals that involve severance benefits to those who wish to leave the company. Freeport will also examine any interest in part-time employment and unpaid leaves of absences for up to one year. Higgins advised that the number of people who voluntarily choose to leave, take a reduced role as a part-time employee or take an unpaid leave of absence will determine the extent to which “involuntary separations will be required.”

“These are difficult decisions as the pandemic has left no business or industry unscathed,” Higgins wrote. “I realize these developments may create significant distractions. I urge you to stay focused on working safely and on implementing our COVID-19 guidelines.

Freeport is the largest employer in Greenlee County and operates seven open-pit copper mines in North America. It owns a 72 percent interest in the Morenci Mine, which is its largest mine in North America. It also operates its wholly-owned Safford Mine and began its Lone Star copper leach project near the Safford Mine in 2018. Production at Lone Star was expected to begin in 2020 and have an average of approximately 200 million pounds of copper per year to start. A large number of workers and businesses in Graham and Greenlee counties are directly tied to the mines.

“The rapid change in global market conditions brought on by the COVID-19 pandemic is requiring Freeport-McMoRan to revise its operating plans as announced in a March 23, 2020 news release. These revised operating plans may result in temporary reductions in copper and molybdenum production at operations in the Americas that are challenged by low commodity prices. Our sites now are finalizing those plans along with any necessary related headcount changes. The details of those plans will be shared when final. We will have no further comment on anything related to the revised plans or potential changes to headcount until then.”

Initially, three workers caught the virus earlier this month, but on Friday, April 10, the virus was found to have spread to more workers, forcing the shutdown. According to mine employees, the temporary closure could last two to three weeks.

Linda Hayes, Freeport-McMoRan vice president of communications, advised that the closure was taken out of an abundance of caution and that employees will receive paid leave for any missed shifts during the closure.

According to an article in the Silver City Daily Press, David Morgan, media and social media manager for the New Mexico Department of Health in Las Cruces, confirmed that there is a “cluster of COVID-19 cases in Grant County (New Mexico) related to the Chino Mine.”

This article was updated Friday morning to include a statement from Freeport-McMoRan.