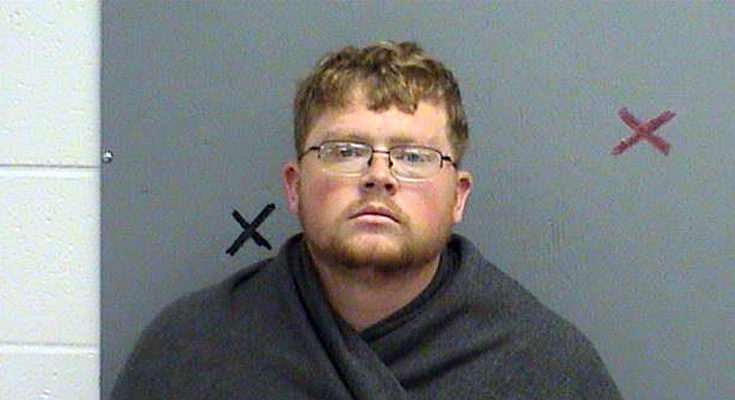 Contributed Photo/Courtesy Navajo County Sheriff’s Office: Sean Tiberious Hawley, 23, was arrested and booked into the Navajo County Jail after allegedly choking his 17-year-old paramour and holding her against her will.

WINSLOW – A man who formerly worked as a prison guard for the Arizona State Prison Complex – Safford has been accused of assaulting his underage lover.

Sean Tiberious Hawley, 23, was arrested earlier this month and booked into the Navajo County Jail on charges of kidnapping and aggravated assault (choking).

Hawley worked at ASPC-Safford shortly from November 2017 to February 2018 before being transferred to ASPC-Winslow. After his arrest, he reportedly resigned from his position.

According to a press release from the Winslow Police Department, officers were dispatched to the Little Colorado Medical Center on the morning of Thursday, Nov. 7, regarding an assault.

The 17-year-old alleged victim said she had been at Hawley’s residence the previous evening and that the two were involved in a romantic encounter. However, the evening turned sour and the victim reported that Hawley held her against her will and choked her.

His case was bound over to Navajo Superior Court and he had his initial appearance Monday, Nov. 18.