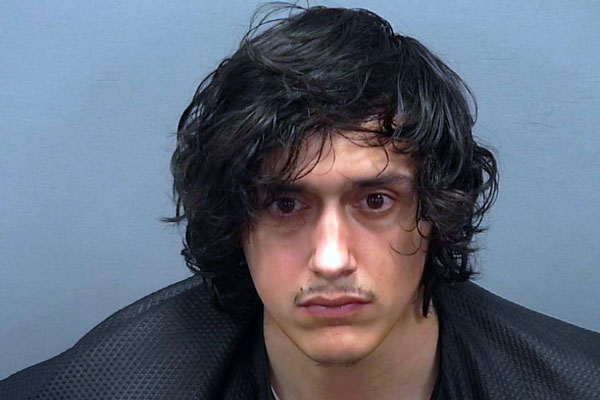 SAFFORD – A man who sold a large number of fentanyl pills to an undercover police officer on multiple occasions was given a 10-year sentence for his crimes.

Aaron Sean Maddock, 25, pleaded guilty on May 25 to three counts of sale of a narcotic drug – Class-2 felonies, and one count of transportation of a narcotic drug for sale – a Class-2 felony. Graham County Superior Court Judge Pro Tem Travis W. Ragland then sentenced Maddock to a stipulated term of 10 years in prison to be followed up with five years on standard probation upon his release from incarceration. Graham County Deputy County Attorney Garet Kartchner prosecuted the case for the state, and Maddock was represented by Daisy Flores. The term is the maximum sentence allowed under Maddock’s plea agreement and was stipulated in the agreement.

Maddock was one of three men arrested after an extensive undercover Arizona Department of Public Safety operation. A co-conspirator, Dylan Dewane Waters, 21, of Duncan, was sentenced earlier in the month to five years in prison. Waters previously pleaded guilty on April 20 to transportation of a narcotic drug for sale – a Class-2 felony, and possession of drug paraphernalia – a Class-6 felony. According to his plea agreement, Waters faced a maximum of five years in prison but probation was also available with the decision being up to the judge.

The undercover operation included multiple purchases of hundreds of blue, 30-mg fentanyl pills by an undercover detective and the seizure of 1,000 fentanyl pills and roughly two ounces of heroin after a car driven by two of the suspects was pulled over for speeding upon returning from Phoenix with the drugs.

Ray also allegedly advised selling wholesale to Maddock and other dealers in the area. He said Maddock began by just buying pills from him but that they had since formed a type of business partnership. Ray also allegedly admitted to using fentanyl as well and said he takes two to three hits off a pill each day.