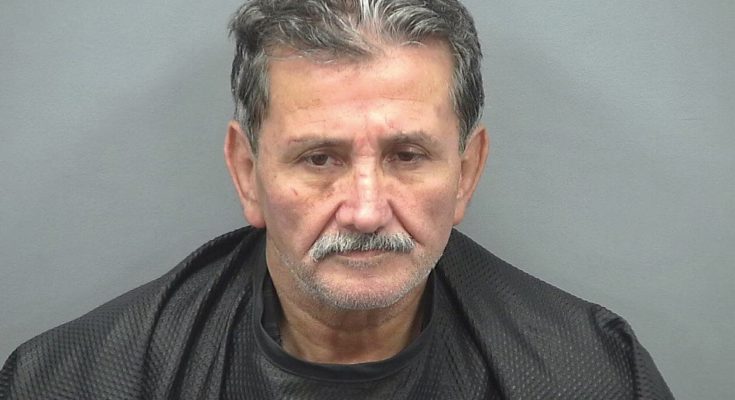 Contributed Photo/Courtesy GCSO: Raymond Delgado, 61, was booked into the jail on a charge of misconduct involving weapons/prohibited possession of a firearm after allegedly attempting to get into a police patrol vehicle while armed with a loaded black powder pistol.

SAFFORD – A man with a felony record who attempted to bring a black powder pistol with him in a police car was arrested July 6 and booked into the Graham County Adult Detention Facility.

Raymond Delgado, 61, was booked into the jail on a charge of misconduct involving weapons/prohibited possessor.

Officers encountered Delgado the evening of July 5 at about 10:11 p.m., when they were dispatched to the Circle K at 1324 S. 1st Ave. regarding a domestic dispute.

After the initial investigation, an officer was going to give Delgado a ride home when Delgado retrieved a bag out of a car.

Delgado has numerous felony convictions and cannot currently legally possess a firearm. When asked where he got the gun, he said he purchased from a local pawn shop and that he didn’t need to pass a background check since it is a black powder pistol. When questioned whether he considered it a weapon, Delgado allegedly answered yes and knew that he was not allowed to have it in his possession.

Delgado was then placed under arrest and booked into the jail. Additionally, the officer requested prosecutors review the case for possible additional domestic violence charges.