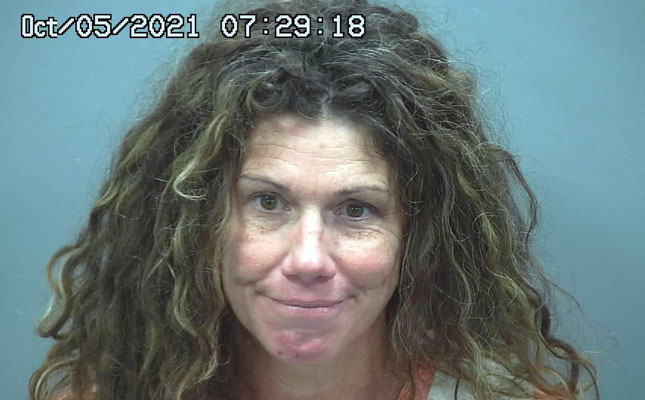 Contributed Photo/Courtesy GCSO: Donna Marie Tutor, 47, pleaded guilty to indecent exposure and was ordered to unsupervised probation with the caveat she has a mental health court mandate.

GRAHAM COUNTY – Donna Marie Tutor, 47, of Safford, will not have any additional jail time for reportedly resisting arrest and biting an officer while nude but will have to have a mental health screening.

Tutor was initially arrested on Oct. 4 after she was seen outside of neighbors’ houses on Greenwell Road yelling and acting erratically while naked.

When the deputies and officer encountered Tutor, she refused to cooperate and yelled very loudly and spoke in tongues and wasn’t making any sense, according to a deputy’s report.

The deputy later spoke with Tutor’s husband, who said he had taken their children away from the house that morning because Donna was acting strange and belligerent. He also advised that she had been acting strangely for the past few months.

While initially attempting to contact Donna’s husband, she reportedly dropped a blanket that was clothing her and began to walk “aggressively” toward a neighboring house while yelling at people along her way.

Donna refused to follow the deputy’s commands for her to stop and the deputy attempted to take her into custody. At that time, Donna reportedly resisted violently.

Donna allegedly continued to resist when paramedics were called to evaluate her, and a Sergeant advised she bit him twice. After Donna was medically cleared from Mt. Graham Regional Medical Center, she was booked into jail on Oct. 5 on charges of aggravated assault, indecent exposure, and resisting arrest.

On Wednesday, Oct. 13, Tutor pleaded guilty to indecent exposure and was ordered to unsupervised probation with the caveat she have a mental health court mandate. The plea agreement also dismissed the aggravated assault charge.